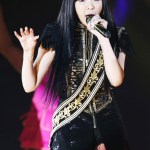 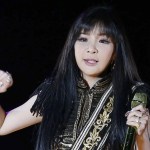 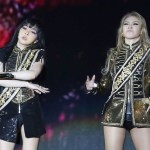 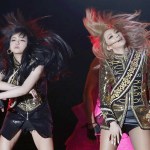 Songstress Park Bom from the K-pop group 2NE1 is explaining her struggle with a mental disorder as she returns to music. Here’s all the details.

Clearing the air! K-pop singer Park Bom has long been associated with a supposed drug-smuggling scandal from 2014. At the time, officials discovered 82 capsules of amphetamines traveling from the U.S. to Korea on her behalf. Now, the 2NE1 member is stepping forward to discuss what really happened and to address how mental health issues are treated in Korea. “I didn’t want to disclose that I had ADD, but there was no other way,” Park told Sports Kyunghyang, referring to Attention Deficit Disorder. “People thought I was a drug smuggler because I was carrying Adderall. In America, it’s a type of medication to deal with my illness.”

Following the discover of her medication, her management company YG Entertainment released a statement explaining that Park had been prescribed the medication by a doctor in America. “I’ve truly never done drugs,” she stated in the interview. “I have a personal illness. I have had to take medication since my middle school and high school days. It is ADD (Attention Deficit Disorder), which is an illness not well-known in Korea. Edison, the king of invention, also had this illness. The name of the disorder has recently become known, but there is no correct medication for it, so I take medication for ADHD (Attention Deficit Hyperactivity Disorder). As it is not the right medication for it, it is difficult to endure the disorder.”

Imagine being Bom: Suffered from mental illness, sought help from professional doctors, got prescribed medication, and ended up getting backlash and humiliation from the public.

If you stand with the truth and think mental health is important, speak up!#박봄제발내버려두세요 pic.twitter.com/35YRTf2nHh

Since Park’s interview was published, the songstress has received a wave of support from fans. And the hashtag “Leave Park Bom Alone” has taken off. “I can’t give up what I want to do the most and what I am the best at because I am intimidated by misunderstandings,” the 34-year-old singer concluded in the interview, referring to singing. “I am thankful to YG which has raised me, and I also want to express my gratitude to producer Yang Hyun Suk. Other people ask if I feel hatred towards them, but that is not true at all. Also, I want to be successful in my return as a singer so I can buy a big building for my parents who have struggled a lot because of me.”