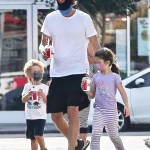 SO cute! Enjoying a fun-filled family day at the park, Mila Kunis & Ashton Kutcher were spotted playing with their adorable kids and having a ball. These pics of Dimitri & Wyatt couldn’t be more precious!

This family is seriously the cutest. While Ashton Kutcher, 40, and Mila Kunis, 34, tend to keep their kids out of the spotlight, the family-of-four were photographed playing together at a Beverly Hills park on April 25, and our hearts are melting! At three years old, we’ve seen tons of adorable pics of Ashton and Mila’s oldest child, Wyatt, over the years. But the couple’s youngest child, son Dimitri, 1, has largely remained hidden from cameras since his 2016 birth. On this particular occasion though, little Dimitri was pictured looking completely precious!

At the park, Ashton can be seen unleashing his inner kid as he joined in on the playground fun. Running around and even sliding down a poll, the actor seemed to be having just as much fun as his little ones! Meanwhile, he helped Wyatt slide down the same pole and carried Dimitri though the park. Wyatt, who sported a striped dress with leggings, laughed and smiled as she played with her parents, and at one point she ran up to her mom in the grass who was clapping and smiling at her. How sweet is that? 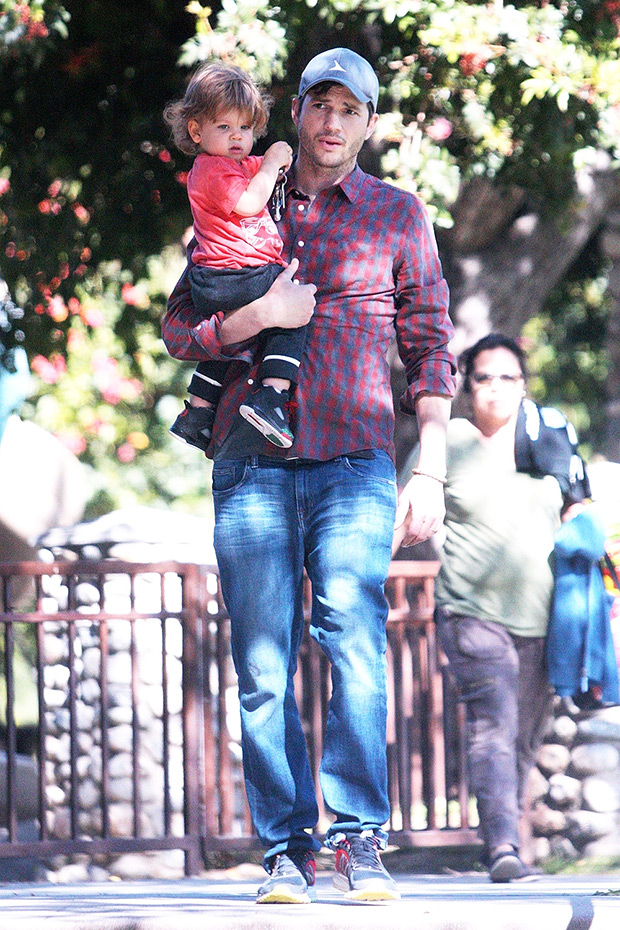 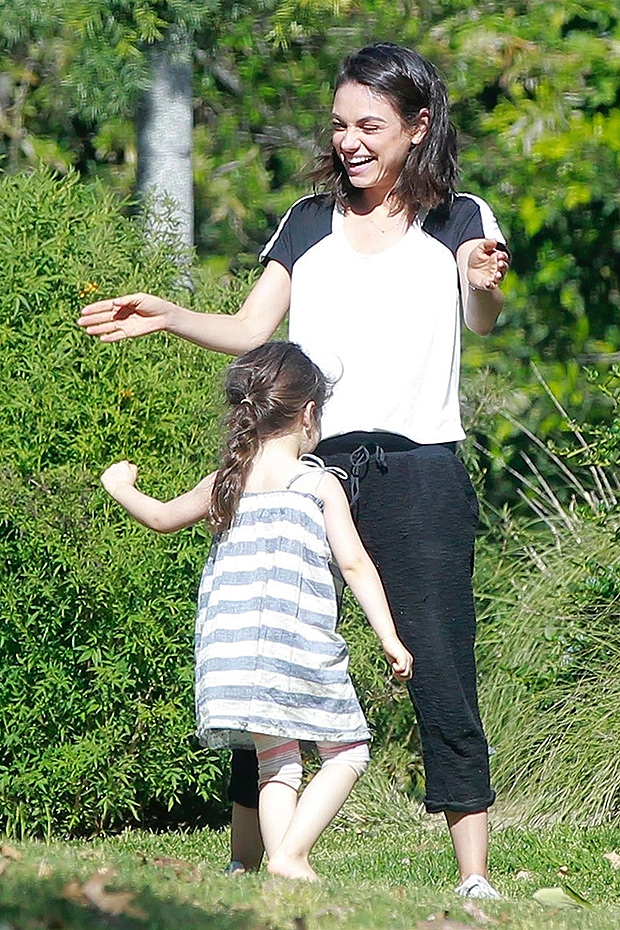 While Mila and Ashton undoubtedly love parenthood, they’ve never been ones to sugarcoat their sometimes challenging experiences. “I think before my parents were raising my brother and I, everything had to go perfectly,” the actress told PopSugar in June 2016. “Nowadays, if s–t’s going wrong and I call my best friend and I’m like, ‘I don’t know, this color is coming out of her nose and I’m pretty sure she’s dying.’ And it’s okay to do that now, but I don’t know if it necessarily was okay before.”

Mila has also spoken out about how wild and fearless her daughter can be — especially on the playground! “Children are f—ing crazy,” she joked to Glamour two years ago. “They’re also suicidal. Like, at the park, certain jungle gyms have an opening for older kids to jump out of. She’s 19 months; she can’t jump. She just walks off it as if she’s on a pirate ship.” Dimitri is still super young, but clearly little Wyatt is developing quite the personality!