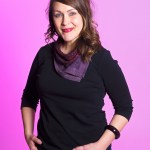 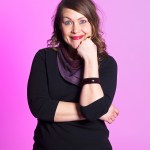 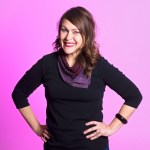 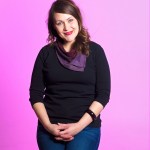 In an EXCLUSIVE interview with HollywoodLife, ‘Archer’ star Amber Nash jokes that her character, Pam, is the Chewbacca of season nine.

Amber Nash is back and better than ever as Pam for Archer‘s season nine, which premieres on April 25 at 10pm ET on FX. We sat down with the hilarious actress to talk about Pam’s role on Archer‘s ninth season, titled Danger Island, and she shared some exciting details! In fact, Amber revealed that season nine of Archer is “really fun” — something that will be a nice contrast from season eight which hard a darker tone to it. Now, onto our EXCLUSIVE interview with Amber!

HL: What can you tell me about season nine?

Amber: “It’s set in 1939. Archer is a pilot. Like, he’s a cargo pilot and Pam is his co-pilot. They explained Pam to me this season, she’s like his Chewbacca, which is so funny. She’s gigantic, she’s really big and really muscular. They sent me a picture of Pam next to Cyril and she’s so much bigger than him it’s really funny! And then there’s Crackers. So Lucky Yates doesn’t play Krueger this season, he plays a talking bird named Crackers. He’s was like their other, their third. So it’s the three of them. Lana is Princess Lana. She’s basically like the royalty on the island.”

HL: How does season nine change from season eight?

Amber: “It’s so much fun. Like it’s, last season was quieter, it was darker, it was film noire. This season’s like very bright and back to like crazy fun ‘Archer’.”

HL: Was that an intentional switch up?

Amber: “I think so. I think that Adam [Reed] really needed to deal with George Coe’s passing, the guy who played Woodhouse. And I think that he kind of did that in the whole season of season eight. And now he’s back to, back to crazies. Yeah.”

Amber: “It really does. After I read the first episode I was like I need a Mai Tai, like I want to go to Fiji and drink Mai Tais, it’s really fun!”

HL: What’s it like playing a character that is constantly changing?

Amber: “It’s so cool because you never get bored. So, the first time it happened was season five so I had four seasons to get to understand the character. Then it was like, now all bets are off which is really cool. Because I think, too, what’s neat about it is that every character is still the same every season. Like, they still are the same bunch of assholes to each other and so they’re all at their core the same but they just get something extra that’s fun.”

HL: Is it true that season 10 will be the last for ‘Archer’?

Amber: “There was a little bit of some rumors that went out that were like… Well, Adam said that maybe ten would be our last season so we don’t know for sure. There’s not like, a definitive answer. We know that we were picked up till season ten. We don’t know what’s happening after season ten. So it’s still up in the air. I have my fingers crossed that I’ll be working on that show forever!”