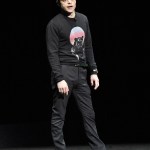 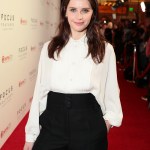 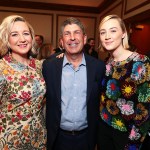 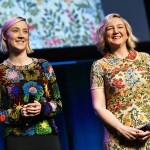 Are you ready for this? Sony unveiled a long-awaited look at ‘Venom’ during CinemaCon 2018’s opening night in Las Vegas. Prepare yourself for epicness!

Tom Hardy, 40, made sure that CinemaCon 2018 started off with a big bang thanks to his upcoming movie, Venom. The superstar was in Las Vegas, Nevada on Monday, April 23 to debut brand new footage and a full-length trailer from the film that is due out October 5. In the trailer, which you can watch above, we finally see how Tom seamlessly transforms into the terrifying (but ridiculously cool) lethal protector. We also get a closer look at Michelle Williams and Riz Ahmed‘s characters!

But, Tom and Venom weren’t the only ones there! We learned that Jumanji: Welcome to the Jungle is getting a sequel, due out Christmas 2019. Leonardo DiCaprio and Quentin Tarantino surprised the audience to talk about their upcoming film, Once Upon A Time in Hollywood. They revealed it will be released on August 9, 2019, and that it takes place at the “height” of the “hippie revolution,” according to Tarantino himself. Will Ferrell, 50, also joined the Sony presentation to debut a sizzle reel from Holmes & Watson. Will reunites with his Stepbrothers co-star, John C. Reilly, for the hilarious film which will hit theaters on December 21 for a Christmas release. After that, director Catherine Hardwicke came out to talk about the Gina Rodriguez-led action flick, Miss Bala, which also co-stars Anthony Mackie. In the action-packed footage shown at CinemaCon, Miss Bala revealed it’s thriller-vibe in what is sure to be a massive hit for Gina. We can’t wait to see it!

Claire Foy was also on hand for the Sony presentation to tease her upcoming film, The Girl in the Spider’s Web, while Benicio del Toro came out to talk about the Sicario sequel. Matthew McConaughey also showed up at the Sony Pictures presentation to reveal White Boy Rick. He called the film, which is based on a true story, a thriller — but explained it’s really about “family” above all else.