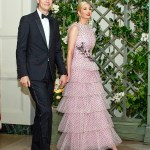 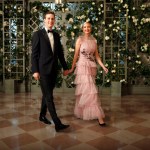 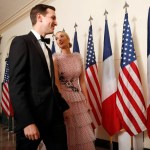 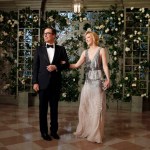 Melania Trump dressed to impress for her husband’s first state dinner since becoming president. See pics of the pretty silver gown she wore to greet France’s president and first lady.

Tonight, April 24, is a big deal. President Donald Trump is the first American president since Calvin Coolidge to not host a state dinner during his first year in office, but he’s made sure to break the streak in his second. Trump and First Lady Melania Trump welcomed France’s President Emmanuel Macron and First Lady Brigitte Macron for an official visit, and, of course, Melania looked amazing. The former model, who broke the internet earlier for her all-white ensemble, opted for a silver embellished Chanel Haute Couture gown with sheer accents for the dinner. She pulled the incredible look together with silver pumps and her hair was styled bone-straight. How sleek! Take a look at the photo below.

Melania’s known for her impeccable fashion (and super high heels). She was recently compared to the future Mrs. Prince Harry, Meghan Markle when the two both rocked similar, striped dresses. Melania’s dress was impossibly chic: an off the shoulder A-line dress with thick, blue stripes across her chest and a more subtle white skirt with thin stripes. So cute! She was also lauded for the adorable, baby blue coat she wore to the Easter egg roll at the White House. It was a total callback to her beautiful inauguration look.

Melania was instrumental in putting together the high stakes state dinner. To impress the Macrons, she served a fancy meal of lamb, jambalaya, and tarts, paired with wine. She got opera singers to perform at the event, and invited a number of Washington, DC’s elite. It looked like it was a success especially since Melania and Donald were pictured holding hands at the beginning of the evening! Take a look at the gallery above to see more of Melania’s looks.