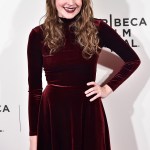 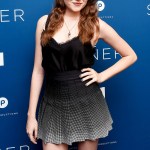 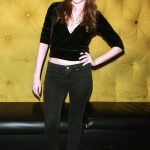 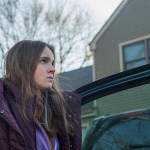 Get to know her now before it’s too late! Here’s everything you need to about ‘The Dark’ star, Nadia Alexander.

1.) Nadia Alexander, 24, is an up and coming actress from South Carolina. She was raised in Pittsburgh, but later moved to New York City to attend Fiorello H. LaGuardia High School where she graduated from the drama program in 2012. Although she’s making a real splash in Hollywood, especially on the indie film scene, she has a bachelors degree in physics and psychology from William E. Macaulay Honors College. Nadia is also a member of Phi Betta Kappa, the oldest honor society for liberal arts in America.

2.) You’ve seen her on TV before! Aside from appearing on hit shows like Bull, Elementary and The Following, Nadia had a co-starring role alongside Jessica Biel on the critically acclaimed mini-series, The Sinner. Nadia portrayed Phoebe, the gravely ill sister to Jessica’s Cora. To add to that, she currently stars on Netflix’s Seven Seconds as Nadine.

3.) Nadia’s movies have taken over the Tribeca Film Festival. In 2018, Nadia stars in The Dark, a horror movie about a flesh-eating teenage girl whose purpose is thrown for a loop when she crosses paths with a blind boy around her age. Just one year earlier in 2017, Nadia co-starred in Blame as the deeply troubled high school cheerleader, Melissa. Nadia won the Best Actress in a U.S. Narrative Film for her performance!

4.) She recently defended the multiple anti-heroes she’s played on screen. “I personally adore playing multifaceted, complicated young antiheroes with a whole lot of baggage to unpack,” Nadia wrote in an op-ed for Talk House in March 2018. “I find great satisfaction in really digesting a character’s backstory and inner demons and how, in the heat of the moment in a scene, those insecurities and fears come out in sometimes less-than-pleasant ways, much in the way it happens in real life. I don’t find my characters unlikable — as any actor will tell you, you can never judge the character you are playing. No one is the villain of their own story.”

5.) You can see Nadia next in ‘Boarding School’. The film is due out by end of 2018, according to IMDb, and revolves around a young man sent to a mysterious boarding school after his grandmother dies. Nadia co-stars with Samantha Mathis, Lucy Walters, Tammy Blanchard and more. We can’t wait to see it — and everything else Nadia creates in the future!