Could Zayn Malik and Gigi Hadid definitely be back on? See the photographic evidence that suggests Zayn spent the night at Gigi’s!

Fans are wondering if Gigi Hadid and Zayn Malik  are back together after he was spotted entering her apartment on April 18, and then exiting her building the very next morning in the exact same clothes. Naturally people now want to know if the model and the former One Direction singer are loved up again, one month after they called it quits on March 13. Well, now, less than 24 hours later, we may be closer to an answer. The morning after the night before an “onlooker” – according to the Daily Mail –spotted Zayn leaving the model’s apartment. There seems to be photographic evidence that could back up that sighting. Paparazzi snapped the British singer entering his apartment on the morning of April 19 wearing the same distinctive red and black tracksuit top and bottoms that he was wearing the night before when he headed into his ex’s home.

Now, we’re not saying that something happened. But could this be a so-called walk of shame? Could Zayn, 25, and Gigi, 22, really be back on? When they announced their breakup in March the model did leave the door open to a possible reconciliation. In a tweet about the split, Gigi wrote, “As for the future, whatever’s meant to be will always be.” We admit, we could be getting ahead of ourselves. It’s not unusual for exes to be on good terms and to pop in on each other from time to time. Gigi also said that she will “continue to support him as a friend” and maybe that’s what happened this week.

Whatever happened behind closed doors, it’s awkward enough being spotted leaving someone’s house the morning after the night before on a good day. 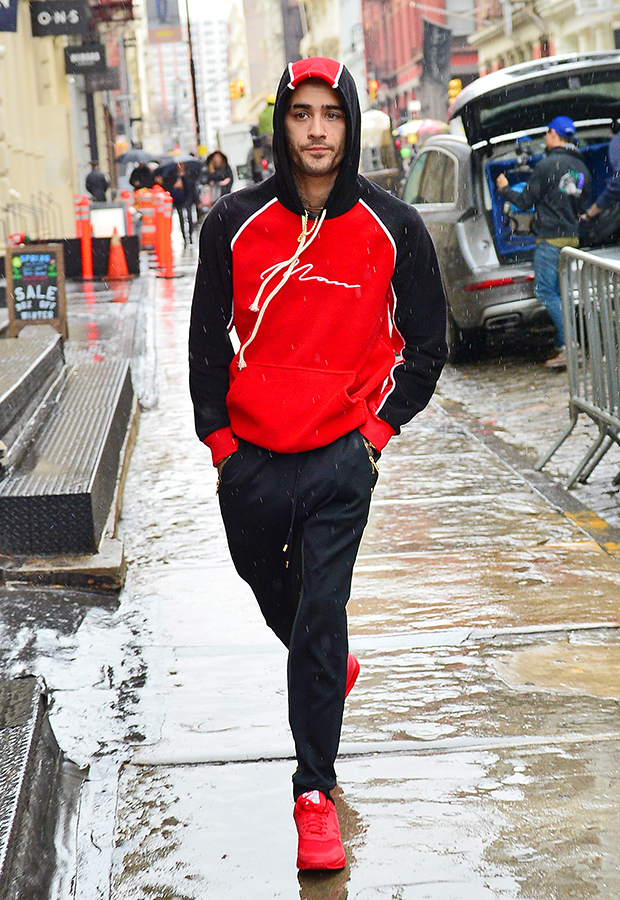 But when it happens and you’re photographed and the picture ends up online that is more than a little cringeworthy. That is, of course, unless you’re rekindling your relationship with a not so old flame. If that’s the case there’s no shame in that. It’s just sweet. We’re crossing our fingers for them!