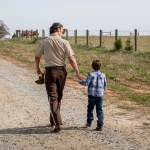 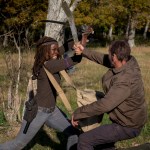 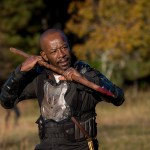 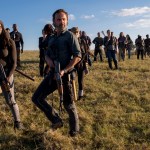 Did that just happen? Yes, it did. Warning: MAJOR ‘The Walking Dead’ spoilers ahead!

This is your last warning: if you do NOT want to be spoiled before watching The Walking Dead‘s season eight finale, stop reading. On the Sunday, April 15 episode, Rick (Andrew Lincoln) finally came face-to-face with Negan (Jeffrey Dean Morgan). The two engaged in some long overdue hand-to-hand combat, and just when Negan had Rick in his grip the script was flipped. Rick seized the opportunity to beg for his life and the future that his son, Carl (Chandler Riggs), wanted so badly. Once Negan hesitated to kill him long enough, Rick took a knife and sliced Negan’s throat wide open.

Now, hold onto your horses — because Negan’s not dead. That’s right, on The Walking Dead a man can have his throat slit open and survive. Rick watched Negan bleed out under the tree for a moment before calling for medical help. A few people rushed forward to help Negan and Maggie (Lauren Cohan) completely lost it. As you might remember, Maggie wants Negan dead for killing her husband, Glenn. By saving Negan, Rick has betrayed Maggie in the single worst way possible. Michonne (Danai Gurai) also betrays Maggie by holding her back from trying to stop Negan from being saved. Rough deal for the pregnant widow.