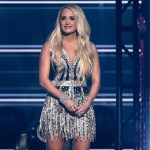 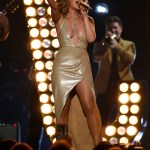 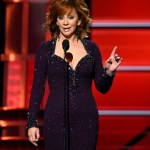 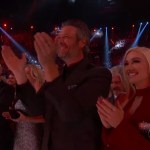 Lady Antebellum blew fans away at the ACM Awards with their amazing rendition of ‘Heart Break!’ It was also Hillary Scott’s 1st time back on stage since welcoming twins!

Lady Antebellum never fails to deliver an impressive performance, and their set for the Academy of Country Music Awards on April 15 did not disappoint! Not only did it mark singer Hillary Scott‘s, 32, return to the stage since giving birth to twins in January, it also proved just how versatile the country band truly is. After all, the group sang “Heart Break” and it totally highlighted Hillary’s, Charles Kelley‘s, and Dave Haywood‘s individual strengths. We also loved the summertime vibes the entire performance gave off!

The trio’s set began with an off-stage shot of Hillary beginning the song on a strong note. She then walked up onto the stage along with Charles and Dave, and it looked like the three just waltzed into a perfect date night scene. The backdrop featured string lights, cobblestone streets, and colorful houses. To complete the happy picture, Charles, Dave, and Hillary all wore bright, fun ensembles perfect for a night out. Hillary looked gorgeous in a black wrap dress dotted with roses, embellished high-heels, and red lipstick, while Charles wore a printed short sleeved button-down with khaki pants. Meanwhile Dave rocked a silky yellow bomber jacket.

Overall, the performance was electric, energetic, and passionate, and it seems like the audience thought so too, as several viewers were caught singing along in their seats. The trio also received wild applause once they finished their set.

Lady Antebellum is no stranger to the ACMs. While they’re nominated this year for best vocal group, they currently have a whopping eight ACM wins already under their belt, as well as a total of 14 nominations! The band also performed last year at the award show, giving a memorable performance of “You Look Good.” So much has changed since then though, including Hillary becoming a three-time mom!

After suffering a heartbreaking miscarriage, Hillary and her husband Chris Tyrell welcomed twin daughters Betsy and Emory on Jan. 29. The two are also the proud parents of 4-year-old daughter Eisele. “That first night after they were born [I told Chris], ‘It’s pretty cool we don’t have to share. You can have one, and I can hold one,’ ” Hillary told People magazine last week. “We can each hold a baby all the time.” Aw! Congrats again on a great performance, guys!