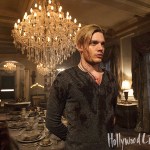 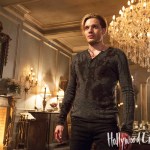 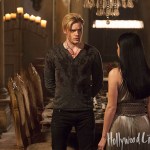 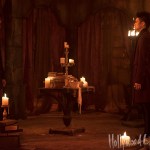 ‘Shadowhunters’ season 3 is well underway. HollywoodLife talked EXCLUSIVELY with Matthew Daddario about the struggles Alec will be facing in the near future. Major Malec scoop ahead!

Shadowhunters season 3 has been such a blessing for Malec fans. The beloved relationship has been a major focus in the first 4 episodes alone. Their relationship has come such a long way, and fans are anxious to see them evolve even more. Well, Malec fans, don’t worry. Magnus and Alec’s relationship is going to continue to be a crucial focal point this season.

HollywoodLife spoke EXCLUSIVELY with Matthew Daddario about what Alec will be facing throughout the rest of season 3. He revealed that Alec’s relationship with Magnus will “cause problems” and we’ll see how it “negatively effects his work.” Plus, Alec will be “limited” in his ability to care for Jace how he wants to, and that leads to more struggle. But don’t worry, Matthew stressed that Jace and Alec’s connection “can’t be destroyed.”

Jace is the Owl and Alec still doesn’t know the whole story about what happened at the lake. Is that going to change soon?
Matthew Daddario: I think that what happened at the lake at the end of season 2, that’s a big deal. At the moment, he doesn’t know at all that the Owl is really Jace. I know the audience knows, but poor Alec is oblivious to that. He’s trying to get to the bottom of that, and he thinks there’s a connection to what happened at the end of season 2 and what’s going on now. That concern is definitely going to eat at Alec. As new issues arise, a variety of them, with other members of his circle, he’s going to be pulled in a lot of different directions. I think his ability to care for Jace is going to be limited, and I think that Alec struggles with that. You’re going to see some of that struggle, and we’re going to see some of that difficulty that he’s having make him make some irrational decisions, some poor decisions, and some poor guesses as to what’s going on.

If (more like when) he does find out about what happened, could this put a real strain on his bond with Jace?
Matthew Daddario: Yeah, I think that as we go forward we’re going to see that the storylines sort of separate, and that’s just the nature of television. The connection between Jace and Alec can’t be destroyed. Regardless of what happens, Alec will always forgive Jace. Regardless of what happens, Jace will always forgive Alec. There’s no way to break that bond. Even if they’re not spending a lot of time together, they’re going to always be with each other. I think there’s no way that these two are going to fall apart at all, and I think they’re so close that any distance is just distance.

Alec and Magnus have really been a core focus so far. Alec has learned a little about Magnus’s past. Is that going to continue? Could it potentially cause tension?
Matthew Daddario: I can tell you this: Alec and Magnus, they’re going to be together so much and learning so much about each other, you’re going to be sick of them by 320. I guarantee it. [Laughs] I know. No way. Really, the focus of Alec for the season is almost entirely on his relationship with Magnus. His role as the head of the Institute is obviously very present, but it is always intertwined with his relationship with Magnus. At this point, Alec is deep into this relationship and it causes problems for him. He’s unable to handle doing his job properly and dealing with this. It’s all new to him. We do get to see that issue, how that relationship negatively effects his work, and in some ways, it breaks him a little bit. This goes back to season one. Alec was a closed off guy. He’s opening up. It’s an ongoing learning experience for him, so we’re going to see more of that. Obviously, as he learns more in this young relationship he’s going to encounter some struggles that makes life difficult for him. But they’re going to work through them, and I think they’ll be stronger for it.

Will we see Lorenzo again?
Matthew Daddario: Yes. That’s very funny. In 302, we filmed the scene in his house. There were different levels of comedy to that — some of it was more slapstick, some of it was more absurd. Some Alec is playing a complete caricature, almost mocking Lorenzo, and other times he’s more serious. I hope there are outtakes of that because there are some very funny moments. I know Harry did some very funny things with that couch.

What’s to come with Lilith?
Matthew Daddario: Lilith is, come on, she’s the queen of hell. She’s probably our most dangerous baddie so far. She’s got a set of rules and she’s not really concerned about the particular well-being of anyone but her own people. We’re going to see that absolutely devastate a lot of the Shadow World. We’re going to see how successful she is in her goals and how Alec is at preventing that. Alec is not quite as much in that storyline say Jace and Clary. That’s far more their space. Alec is very Magnus focused.

This season, Alec has been his most vulnerable emotionally. What’s that been like for you to explore that side of your character?
Matthew Daddario: It’s interesting from an acting perspective because I don’t want to change who the character is. He’s still a person in my world. He’s not going to change who he is entirely. He’s not going to become this entirely new human with different sets of core values or behavior traits. I don’t want to push him into this new area where suddenly he’s this whole new person and emotionally available. I want that ride to be a slow burn as he improves, and Alec is still kind of a tough son of a bitch. He’s a piece of work. It’s always a careful balance where we have scenes where he’s emotional because there’s certain opportunities to play him as that emotion is confusing or that he’s not emotionally available but he’s trying to be. I’ve been trying to be careful to keep him dynamic. There’s a lot of emotional stuff coming up. I don’t want him to always be an emotional wreck because then it becomes exhausting. He stays tough at times. It’s an interesting sequence over the course of the next 16 episodes.