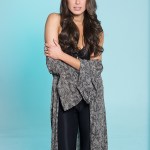 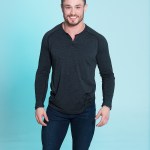 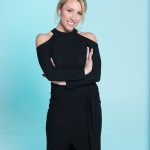 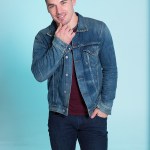 On episode 7 of ‘Music City,’ Jackson tries to maintain a friendship with Jessica while continuing to romance Savana — but, eventually, he’s forced to choose between them. Here’s our recap!

Jackson Boyd and Jessica Mack are in a good place after ending their relationship, and they meet up at his house so she can give him some advice on performing and recording music. Things get a bit flirty and giggly as she helps him with vocal exercises, and Jackson even invites Jess to his birthday party. She’s a bit hesitant, though, because his new girlfriend, Savana, will be there, but Jackson insists it won’t be an issue. At the party, though, he gives Jess a shoutout onstage after he performs, and Savana is noticeably pissed.

She becomes even more upset when Alexandra Harper, Jackson’s cousin, reveals the details of Jackson and Jess’ fling — and how he was much more into it than Jess was. Savana confronts Jackson about it on a date later that week, and while he tries to explain that their friendship is simply focused on music at the moment, she pushes him to reveal more details of their romantic history. She even lets Jackson know that she wishes he wouldn’t spend time with Jessica at all, and gives him an intense ultimatum: It’s either her, or me. We’ll have to wait until next week to find out his choice, though.

On her journey to find love, Alisa Fuller goes on a date with Lee, the guy she met at a photo shoot in last week’s episode. However, Alisa can’t stop talking about Bryant Lowry and how well they work together in the studio. Although she denies that there’s anything romantic going on between them, Lee doesn’t seem convinced. When Alisa meets up with the girls later, she admits that there was no spark between them. Meanwhile, even though there’s been obvious chemistry between Alisa and Bryant, she refuses to admit their relationship may be more than just platonic, and even tells him that she wouldn’t ever want to date a musician. Could this really be the end of a possible romance between these two!?

As for Kerry Degman and Rachyl Degman, things are tense once again after his meet up with Brooke Eden to discuss potentially working on music together. Rachyl is pissed that Kerry stayed out late drinking with Brooke, and threatens to lock him out if he shows up past 1:00 a.m. again. Kerry is frustrated with his wife, as working with other writers is part of his job, and he meets up with Brooke once again (this time, in the studio), and their chemistry strengthens. Eek!