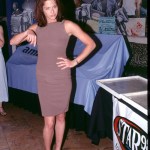 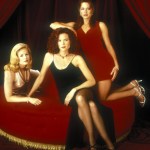 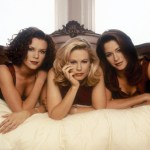 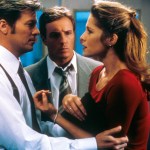 ‘Melrose Place’ star Jamie Luner is being sued by a man who claims she allegedly drugged and sexually assaulted him at a party when he was a teenager back in 1998. Get the shocking details on the lawsuit here.

This is crazy. Melrose Place actress Jamie Luner, 46, has been sued for allegedly seducing a 16-year-old boy named Anthony Oliver back in 1998 and drugging him into doing sexual acts with her, according to TMZ. The shocking lawsuit, which has been filed by Anthony, who is now in his 30s, is asking Jamie to pay $250 million for her alleged inappropriate behavior. Anthony claims that he met Jamie at a house party she threw to celebrate the success of her television show back in 1998. He was invited to the party because Jamie’s makeup artist knew Anthony’s brother. He said when Jamie first met him she allegedly called him “adorable” and asked him if he wanted a drink. She then allegedly proceeded to have the makeup artist pour Anthony a Jack and coke, even though he was underage. They allegedly drank and talked for three hours before they went to Jamie’s room where she allegedly pulled out a small plastic bag of crystal meth from her purse.

This is where Anthony’s accusations get serious. He claims that Jamie allegedly offered him the crystal meth and said, “It’s going to make you real horny.” He told her he didn’t want to take the drug and asked for two Tylenols instead, which he claims were allegedly laced with the crystal meth. Shortly after he took them, he began to feel dizzy and started getting sexually aroused before the makeup artist allegedly told Jamie to go to her room and put on her kitty cat outfit. Anthony then says Jamie allegedly started removing his belt and underwear while licking and kissing his neck, arms and chest. Jamie and the makeup artist then allegedly performed oral sex on him before Anthony allegedly had sex with Jamie multiple times. He even claims that Jamie allegedly went over to the couch and said, “come bend me over the couch and ram me.”

The story is truly disturbing but it didn’t stop there. Anthony went on to say that his brother left the party and when he came back, he allegedly recorded Anthony and Jamie having sex. Anthony claims the whole wild experience messed up his life and caused him to become an alcoholic. The wild lawsuit says, “Plaintiff is left not knowing if he is attracted to men, women or both” and it also states that several young men went to the LAPD with claims that they were also sexually assaulted by Jamie, with two accusing her of using drugs to make it happen. Anthony’s officially suing Jamie for sexual battery and emotional distress.

We’ve reached out to Jamie’s rep about the accusations and lawsuit but haven’t received a comment yet.