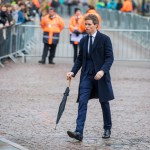 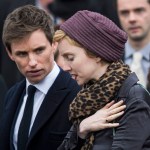 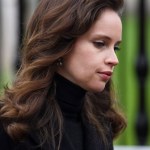 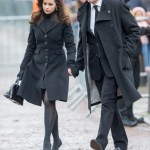 Stephen Hawking sadly passed away on March 14 at the age of 76. Eddie Redmayne, Felicity Jones, and more have flocked to his funeral to pay their final respects to the beloved physicist.

The world lost a brilliant mind on March 14 when Stephen Hawking died at the age of 76 in his home. In his memory, family, friends, and celebrities have descended upon his hometown of Cambridge, England to attend his funeral. Eddie Redmayne, who played the beloved physicist in The Theory Of Everything, was one of the first to arrive at Great St Mary’s Church, and is expected to deliver a reading at the ceremony.  Although Hawking was an atheist, his family, including his wife Jane Hawking and their children Robert, Timothy, and Lucy, decided that a traditional Anglican service would give Hawking’s many loved ones a chance to remember him and pay their final respects.

Crowds of people lined the streets outside to mourn the scientist and a spontaneous round of applause broke out when six porters from Hawking’s former college carried his coffin from the hearse to the church. Felicity Jones, who starred alongside Redmayne in the biopic about Hawking’s life, also attended the service. She was spotted entering the church as she held the hand of her fiancé Charles Guard.

After the British astrophysicist passed away, his three children announced the upsetting loss in a statement: “We are deeply saddened that our beloved father passed away today. He was a great scientist and an extraordinary man whose work and legacy will live on for many years. His courage and persistence with his brilliance and humor inspired people across the world. He once said, ‘It would not be much of a universe if it wasn’t home to the people you love.’ We will miss him for ever.”