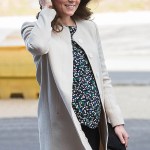 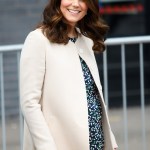 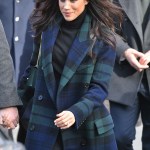 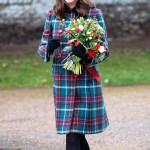 Meghan Markle, 36, and Prince Harry, 33, are heading down the aisle at their wedding in May and the bride-to-be has reportedly been working hard to come up with a beautiful dress that won’t upscale her soon-to-be sister-in-law Kate Middleton‘s extraordinary Alexander McQueen wedding gown that she wore for her wedding to Prince William back in 2011. Royal expert, Katie Nicholl, expects Meghan to pick out a less expensive gown. “There have been reports that [Meghan’s] considering spending hundreds of thousands of pounds on a wedding dress,” Katie told Entertainment Tonight. ” I think that’s incredibly unlikely,” Nicholl said. “Kate Middleton’s dress cost 150,000 pounds. It was her parents, Carol and Michael Middleton, who paid for that bill. I think it was very unlikely that Meghan would spend more than that and in doing so try and upstage a future queen.”

In addition to making decisions about the cost of her gown, Meghan may work hard to keep the designer of the dress under wraps until the big day. “I expect that Meghan will go to great lengths to keep her wedding dress designer a secret until the moment that she emerges from the bridal car,” Katie continued. “Let’s be honest, this is a girl who knows how to keep a secret. She and Harry kept their romance clandestine for months, so she knows how to stay tight-lipped… There’s going to be so much attention on the dress.”

Although we may not get any immediate details on who the designer of Meghan’s dress is, Katie does have an idea of what the gown will look like. “I’m told that she wants something with lace, that she wants something with sleeves,” she told the outlet. “Of course she’s dressing for the rather inclement British weather, but more than that she’s dressing for a very, very important occasion. So I think you will be probably pleasantly surprised for Meghan the ‘rule breaker’ when it comes to this dress. I think it’s gonna tick all the right boxes: traditional, elegant, sophisticated, memorable, and fitting.”

We can’t wait to see Meghan’s gorgeous look as a bride. As with many outfits she’s already publicly wore while engaged to Prince Harry, we’re sure it’s going to be a unique choice that suits her beautifully!