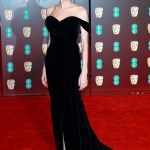 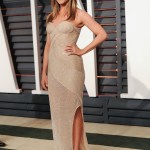 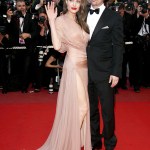 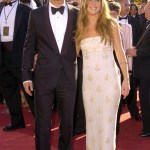 Brad Pitt and Jennifer Aniston’s rumored late-night rendezvous are making Angelina Jolie see red, as we’ve learned that her ‘strong feelings’ for her ex-husband have left her feeling ‘oddly jealous.’

It didn’t take long for the Brad Pitt, 54, and Jennifer Aniston, 49, reunion rumors to start. Right after she split from Justin Theroux, 46, there were reports that she and Brad were having some low-key, late-night meetings. The rumors have found their way to the ears of Angelina Jolie, 42, and a source close to her EXCLUSIVELY tells HollywoodLife.com that she’s not happy. “Angie does not want to believe that Brad and Jen could be seeing each other again. Angelina feels oddly jealous that Brad could possibly be giving attention to his ex.

“The divorce has been hard on Angelina,” the insider tells HollywoodLife.com, “but she still has very strong feelings for Brad. To know that he could be seeing his ex, Jen, after so much that has happened between all of them, feels like a betrayal and a punch in the gut to Angie. She says she doesn’t want to hear about Brad, but she can’t help but monitor what is being reported.” If Angie is losing sleep, worrying about Brad and Jen hanging out, a second source has EXCLUSIVELY told HollywoodLife.com that the reports of their meetings are “totally false.”

Angie reportedly shot down a chance to have her own face-to-face with Jen, as In Touch says she rejected Jennifer’s offer for a dinner date. Angie was reportedly “furious” after hearing about the rumored rendezvous, and she just was not in the mood to bury the hatchet with Jen. Considering all the “strong feelings” she still has for her ex-husband, it’s no wonder that the last thing she wants to do is go out to eat with Ms. Aniston.

While Angie is stewing over the reports of her ex hanging out with his other ex, Jen is living her best life. Unlike her split from Brad, this breakup with Justin was “more of a mutual decision,” a source close to her EXCLUSIVELY told HollywoodLife.com. Plus, she’s “stronger and more grounded,” so she’s been able to handle this divorce better than the split with Brad. She’s even open to dating, and she’s looking for a hot, younger guy to have some fun with.