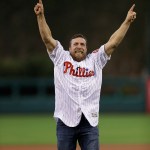 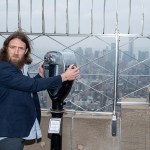 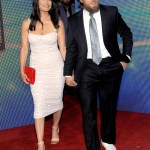 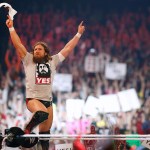 Daniel Bryan is cleared to return to a WWE ring for the first time in three years and there’s only one thing for me to say: YES! His comeback will be epic and it will benefit the WWE in more ways than one.

In February 2009, six months before Daniel Bryan signed to the WWE, I watched Bryan Danielson wrestle for Ring Of Honor in the Danbury Police League Building in Danbury, Connecticut, in front what couldn’t have been more than 750 people. Five years later, that same man was part of one of the defining WrestleMania moments, winning the WWE Heavyweight Championship in front of the 75,000+ people attending WrestleMania XXX. This 5’10” man, once known for his vegan diet, had conquered the company known for Hulk Hogan, Andre The Giant, The Rock and “Stone Cold” Steve Austin. How? His sheer charisma. To call this man one of the most popular Superstars of all time is an understatement, and his retirement in 2016 from concussion-related issues was a massive hit to the WWE. Not only did they lose an amazing competitor, but they also seemingly lost a spark that they haven’t been able to recover since.

However, the drive that led this man from wrestling in a police league hall to the main event of WrestleMania has brought him back to the WWE. The company announced on March 20 that after retiring in 2016, Daniel has been cleared to return. “Following more than two years of extensive evaluations, four-time World Champion Daniel Bryan has been medically cleared to return to in-ring competition by leading neurosurgeons, neurologists and concussion experts, including Dr. Robert Cantu, Dr. Javier Cárdenas and Dr. Jeffrey Kutcher,” the company said in a statement, adding that Daniel was also cleared by “WWE’s Medical Director, Dr. Joseph Maroon.”

This news of a Daniel’s return, especially a few weeks ahead of WrestleMania 34, could not come at a better time. Immediately, the WWE has a slew of potential dream matches they can schedule for the rest of the year. Picture this: Daniel Bryan versus AJ Styles – in the WWE! Imagine the matches he could have with Kevin Owens, Sami Zayn, Shinsuke Nakamura, Finn Balor, Samoa Joe. There’s even the slew of Superstars-in-training down in NXT. If Andrade Almas, Johnny Gargano, Tommaso Ciampa, Adam Cole, Bobby Fish, Kyle O’Reilly, The Velveteen Dream, or Aleister Black join the main roster after WrestleMania, each of those Superstars would make for an incredible opponent opposite Daniel.

From an entertainment standpoint, Daniel technical prowess, striking ability and renowned talent as a wrestler means that he could have an incredible match with any of those Superstars. Fans would gladly tune into any WWE event to see Daniel in action. Suddenly, a minor show is now a must-watch for fans who are eager see Daniel in action. The WWE Universe just loves Daniel Bryan, and the organic support that grew around him — The “Yes! Movement,” named after his signature chant — is something that has been lacking in the WWE since his retirement. While similar love can be found in Russev and the support for “Russev Day,” nothing compares to the “Yes! Movement,” and having it back in full force is great news for the WWE.

Additionally, Daniel’s return could indicate a massive sea change in pro-wrestling. Wrestling is a full-contact sports-entertainment and a wrestler getting hurt is nothing new. Both the WWE’s Dean Ambrose (bicep) and Big Cass (ACL) suffered their current injuries live on Monday Night RAW. Paige’s career was likely ended due to a kick to the head during a house show. While these Superstars are trained professionals who know how not to kill each other when they get in the ring, injuries seem inevitable.

Maybe The WWE (and other organizations) have taken steps to diminish some of the more catastrophic injuries, especially when it comes to concussions. Gone are the days of a WWE Superstar smacking another in the head with a chair – and that’s good! Daniel retired due to a “lesion” on his brain, which he said turned out to be just a medical term for “something is there,” not an actual cut, per Sportskeeda. Daniel was told at the Joe Namath Institute that he wasn’t at risk of brain damage, and because of his time away from his ring, his brain looks like that of someone who’s never played a contact sport before.

Think about that. With its two rosters – Raw and SmackDown – the WWE ran 384 main roster shows in 2017, according to WhatCulture. I don’t think Daniel is going to be thrust back into that busy schedule, especially after nearly three years out of the ring. In fact, having coming so close to losing one of its most beloved performers, the WWE might see Daniel as a reason to scale back on its live schedule. The more time a Superstar is in a ring, the greater chance that Superstar gets hurt. If the WWE is cautious about Daniel’s health, they may hold off on having him go back on the grind. And if they are that careful with Daniel, who’s to say they don’t seriously consider changing up their grueling schedule?

April 16, 2015 was the last time fans saw Daniel Bryan perform inside a WWE ring. Following that bout – a tag-team match where Daniel teamed with John Cena to defeat Cesaro and Tyson Kidd – Daniel was pulled from WWE events, and we haven’t seen him wrestle since. Though he was gone, he was far from forgotten and fans had always hoped he could come back.

Saying goodbye to the ring was one of the hardest moments of my life. But thanks to the amazing people supporting me, I was able to keep fighting for my dream. This moment feels surreal and I'm glad to be able to talk to you all at the beginning of #SDLive tonight.

“He definitely will [return],” Daniel’s wife, Brie Bella, EXCLUSIVELY told HollywoodLife.com in December. “I don’t know what ring it will be in but he will definitely have a match and I think it is going to be a lot sooner than people realize. My husband is very determined. He has gone to ten doctors around the United States, he flies himself to all these different places to get all these medical things and he is very determined. The day that they told him ‘No’ was the day, no pun intended, that he was going to make it a ‘yes!’ He is good at that!”

In fact, Daniel is so good, he’s often been called “the best in the world.” It seems that he’s so good, not even retirement can stop him. Here’s hoping that when he returns, the man behind the YES! movement changes the WWE again.