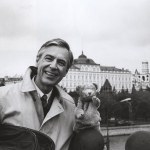 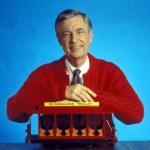 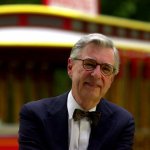 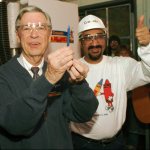 It was announced that Twitch would soon be hosting a marathon of ‘Mister Rogers’ Neighborhood’. In honor of this amazing news, here’s everything you need to know about the late Fred Rogers!

1. Before his hit TV show, Fred Rogers was an ordained Presbyterian minister. After attending Dartmouth college and transferring over to Rollins College in Florida for a degree in music composition, he had an experience in his senior year that would change his career trajectory forever. While visiting his parents, he noticed a new addition to their household — a TV! That was when he began to consider a career in television.

2. He single-handedly saved public broadcasting. Threatened with having its budget cut by the Nixon administration, public broadcasting was on the chopping block in 1969. However, Fred Rogers gave an impassioned, succinct speech before the U.S. Senate Subcommittee on Communication and gave a detailed account of what he did for his job. Senator John O. Pastore, the chairman of the subcommittee, was so impressed, he said, “I’m supposed to be a pretty tough guy, and this is the first time I’ve had goose bumps for the last two days. Looks like you just earned the $20 million.”

3. All of his iconic sweaters were knit by a person very close to him. In an interview for Emmy TV, the late host revealed that the sweaters he put on and wore in each episode were created by his mom.

4. You would not find a desk in his office… or an office for that matter. The Pittsburgh Press wrote in 1984, “Having a desk would be too much of a barrier. There is no office. The space he occupies at WQED is tiny and crammed with armchairs and a sofa.”

5. He put his music composition degree to good (and widespread) use. Chances are if you’re humming along to a tune from Mister Rogers’ Neighborhood, you’re enjoying a song written by Fred himself. Think about that the next time you’ve got “It’s Such a Good Feeling” or “Won’t You Be My Neighbor?” stuck in your head.