Selena keeps cutting her hair shorter and shorter! She showed off a major makeover while at church with JB on March 14 — do you love her new look? Click below to see it!

Selena Gomez, 25, showed off a super short bob while attending a church service with on-again, off-again boyfriend Justin Bieber on March 14! She’s had short hair for a while, but this time, it looks even shorter! Her adorable bob was slightly curled under and in a deep side part. Selena was wearing barely any makeup, but looked so gorgeous! Selena has ditched the extensions and seems to be focusing on her hair health. The funny thing is, Justin is growing out his hair — it’s almost longer than Sel’s at this point! We love Sel with super short hair — it’s so cute on her! Sel had very long hair in February for the Coach fashion show during New York Fashion Week — this is quite the change!

Selena is the face of Puma and just showed off their new Ignite Flash sneakers in a sultry new video. She’s wearing just a bra and dancing around on a New York City balcony! She looks so happy and healthy, but the last year hasn’t been easy for her. In a new interview with Self, Selena’s best friend and kidney donor Francia Raisa spoke about how difficult the process was of donating an organ. A social worker told her, “It’s going to be hard, the recipient is going to glow and she’s going to recover a lot faster than the donor because she’s getting something she needs and you are losing something you don’t need to lose.” Francia added, “It was hard … Selena and I both went through a depression.” We hope Selena and Francia are feeling stronger and happier for 2018! 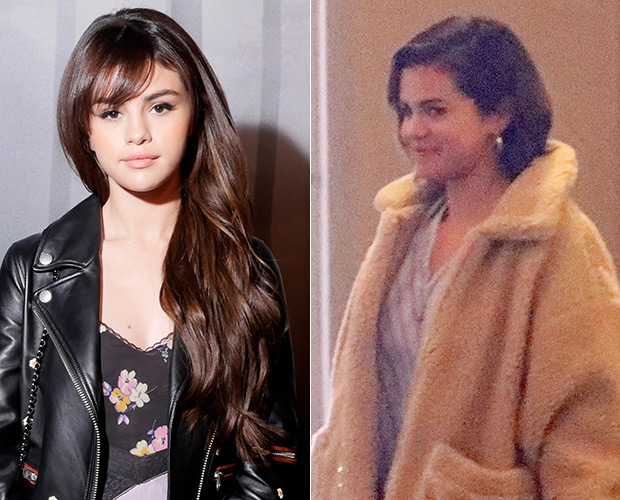