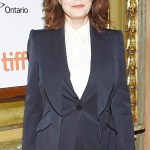 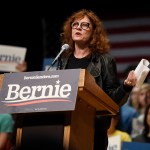 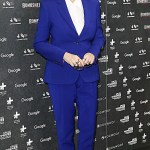 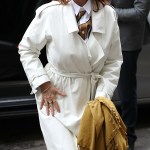 Hockey fans are slamming Susan Sarandon’s commentary on the March 14 game between the Pittsburgh Penguins and the New York Rangers. See their hilarious reactions here!

Viewers were in for quite the surprise when NBC Sports invited Susan Sarandon to join Pierre McGuire for Inside the Glass’s coverage of Wednesday night’s NHL game between the Pittsburgh Penguins and the New York Rangers. Unfortunately, fans were not pleased with what Susan had to say. “I’m trying to watch a hockey game. An NHL hockey game involving the two-time defending champions late in regular season. The very last thing I need is friggin Susan Sarandon telling me anything about it,” one user tweeted. Making the situation even more awkward, many fans claim Susan began moaning and grunting. “Drink every time Susan Sarandon says ‘OH,'” another fan tweeted. So, as you can imagine, tons of memes trolling Susan followed. Poor her, right? Take a look at them below!

To Susan’s defense, we can understand why she was chosen. The Academy Award winner is a huge hockey fan. The New York born actress has been spotted at countless games, so it makes sense for her to be cheering on the New York Rangers. In fact, Susan was photographed at the Florida Panthers vs New York Rangers game at Madison Square Garden in 2017, according to The Daily Mail. She was spotted with her son Miles, and they both were seen screaming and shouting. It’s clear she’s still pretty passionate about the sport.

This season has been all kinds of weird and peculiar for the Rangers. Susan Sarandon doing color commentary… pic.twitter.com/mncUeb9Pco

Nevertheless, Susan was NBC’s third guest to co-host a hockey game this season. “We are always looking to grow the game of hockey, and this approach provides us another opportunity to broaden the reach of this great sport,” executive producer  Sam Flood said. Before Susan, Eagles linebacker Mychal Kendricks and NASCAR driver Joey Logano visited the show. However, it’s clear Susan’s appearance will be the most memorable.