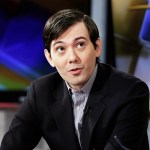 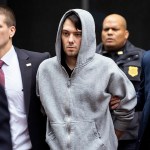 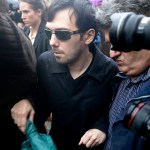 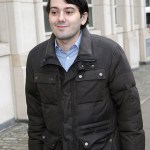 Martin Shkreli, who jacked up the price of a life-saving drug, has been sentenced to 7 years in jail & the Internet is rejoicing! See the best memes celebrating the ‘Pharma Bro’s prison sentence!

Martin Shkreli, the former drug company executive who made headlines for inflating the price of a lifesaving drug by 5000%, was sentenced to 7 years in jail and a $75,000 fine on March 9. The sentence from U.S. District Judge Kiyo Matsumoto in federal court in Brooklyn, New York was shorter than the 15 years asked for by prosecutors after Shkreli was found guilty of defrauding investors. But 7 years is still much longer than the 12 to 18 months his lawyers had sought. At the hearing, he teared up as he admitted his wrongdoing was “his fault.” (We know. That’s why you’ve been sentenced). “There is no conspiracy to take down Martin Shkreli. I took down Martin Shkreli with my disgraceful and shameful actions,” he said. Now that he’s officially been sentenced, people on Internet are rejoicing over the justice that’s been served.

The entrepreneur had become known as the “Pharma Bro” in Sept. 2015 after his company Turing Pharmaceuticals acquired Daraprim, a drug that’s used by some AIDS and transplant patients. Turing immediately raised the price from $13.50 a tablet to $750, bringing the annual cost of treatment for some patients to hundreds of thousands of dollars. In Aug. 2017, he was found guilty of three counts of securities fraud and conspiracy to commit securities fraud. Boy, bye!

As to be expected, Twitter came in clutch with the memes after Shkreli’s sentencing. From gifs of Beyonce laughing hysterically, to people mocking the way the convicted felon cried in court, there was no shortage of celebratory tweets in honor of karma coming back in full force against the “Pharma Bro.” Check out all the best responses to Shkreli’s prison sentence below:

Hopefully this is the last time Martin Shkreli trends on twitter pic.twitter.com/O9np3TuZh9

Martin Shkreli just got 7 yrs in the pen! pic.twitter.com/PG9lawCPWn

Hearing that Martin Shkreli cried in front of the judge today sustains me.