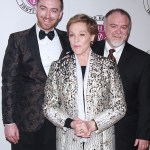 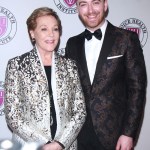 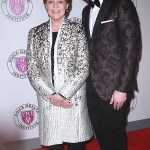 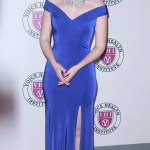 Emily Blunt is one lucky lady, because in a new interview Julie Andrews revealed she absolutely adores her and can’t wait to see ‘Mary Poppins Returns’!

Julie Andrews, 82, could not be more delighted that a new Mary Poppins movie is on the way. When HollywoodLife spoke to the iconic actress at the Raise Your Voice Gala for The Voice Health Institute in New York City, she had nothing but nice things to say about the new movie and, more importantly, Emily Blunt, 35. “I admire her enormously. It’s just wonderful that she’s the new Poppins. It’s not a remake, it’s a brand new one, based on all the other stories,” Julie said when asked about Emily. “But, I wish her well because I admire her. I have met her, and I think she’s wonderful.”

So, onto the important stuff: did Emily call Julie up and ask for her advice? Her blessing? “No, she didn’t,” Julie revealed during the interview. However, Julie was not upset about this at all! “I’m just letting them do their thing,” Julie added when asked if she had seen any of the film yet. She did confirm that she won’t be making any cameo appearances as the OG Poppins, though. “I think it’s Emily’s duty to do it. Mine was mine, this is a new way. It was 50 years ago, and that boggles my mind!” Ours too, Julie! But, the actress added she will definitely be seeing the film, and the teaser left her wanting more!

In case you missed the teaser trailer for Mary Poppins Returns, which features a brief glimpse at Emily’s version of everyone’s favorite nanny, click HERE.