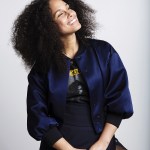 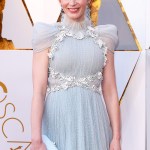 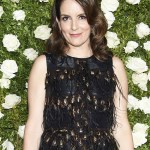 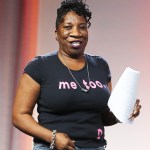 Our sister publication, ‘Variety,’ just named the inspiring women being honored at its annual Power of Women event in New York on April 13. Here’s the full list.

Variety’s fifth annual Power Of Women: New York event will be held at Cipriani Wall Street on April 13, and some of the most impressive women of the year are going to be honored, as will the causes they support. This year’s honorees are: Handmaid’s Tale author Margaret Atwood, representing the Canadian Women’s Foundation, Emily Blunt, on behalf of the Malala Fund, #MeToo movement founder, Tarana Burke, representing the #MeToo movement, Alicia Keys, for Keep a Child Alive, and Tina Fey, on behalf of Reading is Fundamental. U.S. Senator Kirsten Gillibrand is set to give powerful opening remarks.

Each of these women has chosen a specific cause to support at this event, and are being recognized for their humanitarian efforts. “At this extraordinary moment in time, when women are speaking up and finally being heard on significant issues, we are honored to celebrate these amazing individuals for their professional and charitable contributions to the culture,” co-Editor-in-Chief of Variety, Claudia Eller, says. “Through their work, these women are making an impact that will inspire future generations. We also applaud all the women included in this year’s New York Women’s Impact List.”

These five women are following in remarkable footsteps, as last year’s honorees were Jessica Chastain, Chelsea Clinton, Gayle King, Blke Lively, Audra McDonald and Shari Redstone. It’s sure to be an extraordinary day.

Karma Automotive will also present the Karma Award to a soon-to-be announced recipient at the luncheon, while SheaMoisture will present its second annual Community Commerce Impact Award, as well.