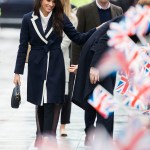 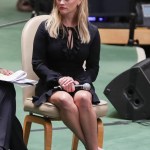 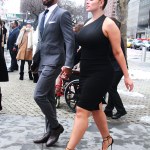 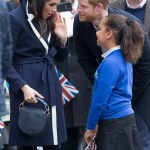 In honor of International Women’s Day, HollywoodLife spoke to stars about the women who most inspire them. Read EXCLUSIVE interviews with Jon Hamm and more!

Today, March 8, is International Women’s Day. The annual Women’s History Month holiday is a celebration of women all over the world, from the inspiring figures who’ve changed history, those who are working toward gender equality, and those close to us at home who inspire us every day! HollywoodLife.com spoke EXCLUSIVELY with nine celebrities who opened up about their personal female role models. Many of them named their mothers, while some looked up to other actresses changing the industry! Read what stars like Jon Hamm, Charlotte McKinney, and others had to say:

For Jon Hamm, his role model is, “my Mom! I was raised by a single Mom, and I lost her when I was ten but she is kind of the one person I can point to who said, ‘Hey, its not really about a male or a female, its about what you do in life!'” Switched at Birth and Back to the Future star Lea Thompson agreed, also naming her mother: “Wow! My mother! God rest her soul… She was a really strong woman and artist. She wanted everybody and everyone to live their lives as artists which I think is lovely. And Constance Marie is a role model! This is my role model, my co-star! Those are my role models!”

Model Charlotte McKinney also gushed about her “strong, powerful” mother. “[She] takes charge and takes care of everything. And any mother is such a big and important job.” Legendary Dr. Quinn, Medicine Woman star Jane Seymour had nothing but praise for her own mother. “Well I think my mother was the best role model. I mean, she survived World War 2 and a internment camp for three and a half years, she managed to move forward in her life and raise three children with not very much money, and run a company that she created. She did it all from a tiny little house. And she managed to be of service and help people very substantially until she died at 92.”

YouTube star Olivia Jade said “of course” her mom is her role model, and believes that seeing her strong ethic helped her create her extremely successful channel. “She is one hard worker, she will go away for months at a time to work and thats the most inspiring thing, getting to watch that and grow up around that work ethic. It’s amazing.” Jamie Foxx, as HollywoodLife.com told you previously, is most inspired by his beloved grandmother. “She always instilled in me that no matter where you go you have fun,” he said. “No matter where you go you make sense and the talent you have been given, don’t sit on it! Always keep pushing and listen!

Glee star Jane Lynch loves the women of the #MeToo and Time’s Up movements. “…Ashley Judd and Mira Sorvino are just standing up for and toppling centuries of the norm and saying, ‘We are demanding equality!’ And God bless them for it that they came out.” Hannah Zeile, the talented actress who plays young Kate on This is Us, is inspired by other actresses, as well.
“I work with so many amazing females already but I also really love Jessica Chastain,” Hannah told us. “I really love Margot Robbie. I really love Jennifer Lawrence. I love Natalie Portman and Rachel McAdams. These are just people that they are strong females who are good at what they do but they also seem like kind and humble people… And that is really important to me!”
Gotham actress Camren Bicondova, who plays young Selina Kyle/Catwoman on the CW show, is inspired by her own character! “[Selina] has been a person that I have been able to see in myself for the last four years…because she is flawed. She feels abandoned and she feels kind of lost at times but she is never a person that loses hope. She knows herself and knows her worth. She is very confident and she very much knows how to live on her own and just survive.”