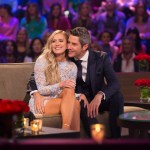 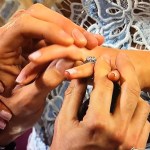 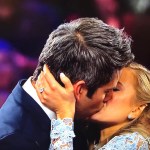 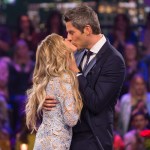 Becca Kufrin slays again! ‘The Bachelor’ starlet looked gorgeous in a gold dress as she faced Arie Luyendyk Jr. for the first time since he called off their engagement.

Bow down to Becca! When Becca Kufrin, 27, walked out to the stage for the second After the Final Rose special, jaws hit the floor. She stunned in a sparkling gold gown and paired the dress with pretty gold earrings. Becca looked like a golden goddess! Her hair was styled in loose waves. She rocked a soft smokey eye and a pink lip. Her latest revenge dress was one to die for! She was first brought out to talk to host Chris Harrison, 46, one-on-one before talking to  Arie Luyendyk Jr., 36, for the first time since their breakup.

Becca rocked a number of incredible looks during The Bachelor season 22 finale. In Peru, Becca stepped out in a gorgeous black lace dress. She was wearing this beautiful gown when Arie proposed to her with a stunning Neil Lane diamond ring. Arie and Becca’s happiness was short-lived. Arie broke off their engagement a few months after the finale because he wanted a second chance with Lauren, and it was all captured on video. The unedited footage of their breakup was broadcast to the world during the After the Final Rose special on March 5. It was heartbreaking and brutal to watch.

When Becca sat down with Chris Harrison, 46, on the live portion of After the Final Rose, she stunned in a white lace mini dress. She revealed that she hadn’t spoken to Arie since the breakup. She still feels “betrayed” by what he did to her. Becca told Chris that she still had a lot of questions for Arie, and she got the opportunity to ask those questions to his face. Keep on slaying, Becca!