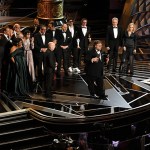 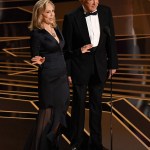 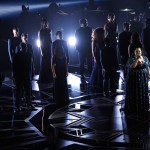 Jimmy Kimmel took aim at VP Mike Pence during his Oscars opening, saying the beloved gay romance film ‘Call Me By Your Name’ was made just to ‘upset Mike Pence.’ BURN!

The biggest dig of Jimmy Kimmel’s Oscars monologue was definitely his shade at Vice President Mike Pence. After talking about Oscar nominee and Call Me By Your Name star Timothée Chalamet, 22, and noting that the movie is one of the Best Picture nominees to make under $100 million, Jimmy added, “We don’t make movies like Call Me By Your Name to make money, we make them to upset Mike Pence.” That was savage, Jimmy! Jimmy knows exactly how to get under Mike’s skin. Call Me By Your Name is a gay coming-of-age film that follows 17-year-old Elio and 24-year-old Oliver, who comes to stay at his family’s home in northern Italy for the summer.

Mike is firmly against gay rights and has been shockingly outspoken about his feelings in the past. The Vice President voted against a law that would prohibit discrimination against LGBT people in the workplace and said that the law “wages war on freedom and religion in the workplace.” Mike also opposed the repeal of Don’t Ask, Don’t Tell and the Obama’s administration’s ruling on transgender bathrooms. President Donald Trump reportedly joked in a meeting that Mike wants to “hang” all gay people. This the Vice President of the United States he was talking about, people.

During Jimmy’s monologue, he also talked about the disgraced Harvey Weinstein and the Time’s Up movement. “What happened with Harvey and what’s happened is long overdue,” Jimmy said. “We can’t let bad behavior slide anymore. We need to set an example.” You got that right, Jimmy. Despite the heavy topics discussed, Jimmy didn’t keep it light, saying that the winner who has the shortest acceptance speech will win a jet ski!