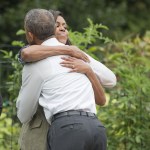 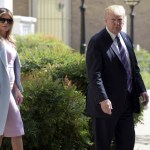 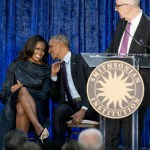 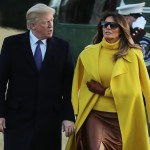 Donald & Melania Trump are nowhere near as affectionate as Barack & Michelle! See the differences in the two first couples’ body languages!

Donald Trump‘s marriage to Melania Trump, 47, seems on pretty thin ice this past year, as the president has been plagued with accusations that he allegedly cheated on her when she was pregnant with porn star Stormy Daniels. Whether she’s swatting away his hand, or he’s walking ahead of her into Air Force One by himself, the two exude an uneasiness that Barack Obama, 56, and Michelle Obama, 54, never seemed to exhibit. If anything, our former first couple managed to look completely in love at all times based on their frequent PDA. Check out the striking discrepancies in body language between the Obamas and Trumps with our gallery above!

We reported earlier how Donald hinted at his marriage troubles while attending the Gridiron Club Dinner on March 2. “So many people have been leaving the White House,” Trump joked to the room filled with some of Washington’s most influential politicians and journalists. “It’s actually been really exciting and invigorating ’cause you want new thoughts. So I like turnover. I like chaos. It is really good. Now, the question everybody keeps asking: Who’s going to be the next to leave, Steve Miller or Melania?”

Previously, Trump was seen awkwardly holding hands with Melania while visiting the Capitol on Wednesday, Feb. 28, to visit the remains of Billy Graham. Not only did Melania seem uncomfortable, but so did Donald. While the two have very rarely been seen holding hands — Melania really seems to detest doing so — this instance of the two gripping each other’s palms appears so tense it’s hard to look away. However, the Obamas on the other hand loved showing each other some love, whether in the form of a kiss, a hug or even a cute dance.