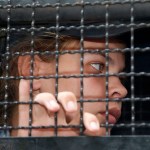 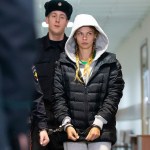 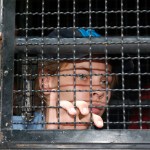 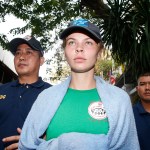 Could this  ‘seductress’ have proof of Donald Trump’s alleged ties to Russia? Anastasia Vashukevich, who’s currently in a Thai jail, says she has the receipts so get the details.

In the latest twist in the scandal involving Donald Trump, 71, and possible connections between his presidential campaign and Russia, a woman from Belarus named Anastasia Vashukevich said she has information on the alleged collusion. However, Anastasia isn’t really free to spill the tea to Robert Mueller or anyone else. This self-described “seductress” is currently behind bars in Thailand!

1. She claims to have evidence that ties Trump to Russia. “I am the only witness and the missing link in the connection between Russia and the U.S. elections — the long chain of Oleg Deripaska, [Deputy Prime Minister Sergei] Prikhodko, [Paul] Manafort, and Trump,” Anastasia — who goes by @Nastya_Rybka.Ru online — said in an Instagram live video on Feb. 27, according to the Washington Post. “In exchange for help from U.S. intelligence services and a guarantee of my safety, I am prepared to provide the necessary information to America or to Europe or to the country which can buy me out of Thai prison.”

2. She’s in a Thai jail because she ran a “sex training” seminar. Anastasia was arrested on Feb. 25 in a Pattaya hotel, along with 9 others. These “sex instructors” were conducting a five-day course for Russian tourists on how to make sex partners reach an orgasm. The majority of the “instructors” were busted for conducting their business without work permits.

3. Anastasia gained fame after being in the center of a corruption scandal. So, how did Anastasia supposedly gain information on Trump? Well, she’s supposedly the mistress of Oleg Deripaska, a Russian billionaire. Alexei Navalny – a Russian opposition leader and frequent critic of President Vladimir Putin – broadcast old footage from Anastasia’s Instagram account in January 2017 as part of a corruption exposé, according to USA Today.

The now-deleted photos and videos from her Instagram account showed her on a taking a yacht cruise with Oleg in August 2016. Anastasia’s photos also showed Oleg there with Sergei Prikhodko, the deputy prime minister. Alexei’s alleged that Oleg had bribed Sergei with the luxurious getaway. Oh, by the way, Oleg used to employ Paul Manafort, Donald Trump’s former campaign manager (and the man charged with committing conspiracy against the United States.)

4. She claims her arrest was politically motivated. Russian Embassy consul Vladamir Sonov said that Anastasia and her companions were arrested over an “illegal training session” and they would be put on trial before being deported. “[If] we go back to Russia we will die in Russian’s prison or they will kill us,” she wrote on Instagram. “This is very serious, we will show everything to public as usual! Please USA help us not to die from Russians!

5. She might be lying. Before people start chanting “Lock him up” at Trump, USA Today reports that Anastasia “has admitted that some of her past claims were fabricated.” Plus, when CNN contacted her following the January 2017 expose over Sergei’s alleged corruption, she “failed to provide any evidence” about Russian meddling in the U.S. election. Could she have been holding out? Or is she trying to save her skin?