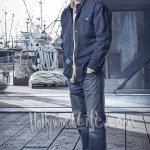 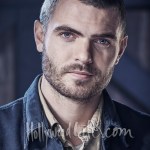 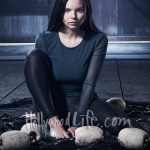 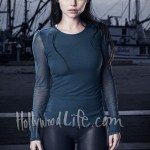 The premiere of Freeform’s new series ‘Siren’ is only a month away, and HollywoodLife has EXCLUSIVE cast portraits to hold you over until then. Check them out here!

Siren is the mysterious new Freeform series that everyone is talking about. The show will air its first two episodes March 29 at 8 p.m. HollywoodLife is debuting the EXCLUSIVE gallery portraits of the cast to get you even more excited for the mermaid thriller. The photos are moody and mysterious, making us crave this show even more. Our EXCLUSIVE gallery features photos of stars Eline Powell, Alex Roe, Fola Evans-Akingbola, Ian Verdun, Rena Owen, and Sibongile Mlambo.

The show is set in the coastal town of Bristol Cove, once known for being home to mermaids. The town is turned upside down when a mysterious girl (Eline) shows up. Marine biologists Ben (Alex) and Maddie (Fola) must work together to find out who and what drove this primal hunter of the deep sea to land, and are there more like her out there? Freeform has declared March 29 International Mermaid Day in honor of the Siren premiere. Talk about making a *splash*!

From the trailers and sneak peeks released, Siren is going to definitely have an element of danger. This isn’t going to be The Little Mermaid. This is going to be one dark drama! Before the premiere, the cast and executive producers will hit up WonderCon in Anaheim, California, to screen never-before-seen footage and more.

A little over a week before Siren debuts, the highly-anticipated third season of Shadowhunters will premiere on March 20. The series finale of the critically-acclaimed drama The Fosters, and the spring finales of grown-ish, Alone Together, and Beyond will also air in March. Freeform is bringing it big time!

HollywoodLifers, are you excited for Siren? Let us know your thoughts below!