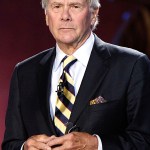 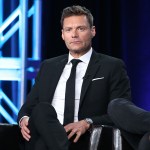 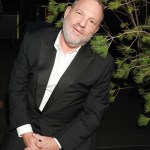 Jimmy Kimmel has Ryan Seacrest’s back amid sexual misconduct allegations. The Oscars host says we should at least afford him the opportunity of the truth.

It would be pretty awkward for the host of the Oscars not to talk to Ryan Seacrest and Jimmy Kimmel, 50, is definitely going to be interviewed by him despite the sexual misconduct allegations against the E! star. “Of course I will,” he told our sister site Variety about their scheduled chat. “Listen, you know, we should at the very least afford people the opportunity for truth, what the facts of the story are before hanging them out to dry.” Jimmy also won’t be going there when it comes to former stylist Suzie Hardy‘s claims, adding that, “He’s interviewing me.”

Jimmy is scheduled to be interviewed by Ryan and his Live! With Kelly and Ryan co-host Kelly Ripa, 47, immediately after the telecast wraps. The interview will then air on the show’s Mon. Mar. 5 annual post-Oscars show. The 43-year-old will be pulling double duty as not only will he be working for his ABC AM talk show, he’s also going to be leading E!’s red carpet coverage before the Academy Awards.

There have been reports that some stars might avoid talking to Ryan in light of Variety‘s Feb. 26 story about Suzie’s detailed allegations. She detailed how he allegedly grinded his erect penis against her while wearing just his underwear, groped her vagina and slapped her butt so hard that it left a large welt visible hours later. E! had an outside counsel investigate her claims and found “insufficient evidence” to take action against Ryan. The American Idol host released a statement on Feb. 27 saying. “I don’t want to accuse anyone of not telling the truth but in this case, I have no choice but to again deny the claims against me, remind people that I was recused of any wrongdoing, and put the matter to rest.” He also accused Suzie of trying to extort millions from him, which she has staunchly denied.