Yikes, tell us how you REALLY feel! While Kylie Jenner is loving her expensive Ferrari push present, her family is reportedly anything but impressed. Find out why here!

After giving birth to daughter Stormi Webster on Feb. 1, Kylie Jenner, 20, received one heck of a push present! While most new moms are gifted with a sentimental piece of jewelry, Kylie of course got a rare and wildly expensive car. It’s not clear whether the Ferrari LaFerrari was given to her by baby daddy Travis Scott, 25, or whether she purchased the hybrid sports vehicle herself. But although the makeup mogul is totally loving her new wheels, her family is actually kind of disgusted by the over-the-top present. We can’t say we blame them either, I mean, Kylie’s car, while gorgeous, cost a whopping $1.4 million!

“Everyone thinks it’s the most ridiculous ‘gift’ ever,” a source told People magazine, referring to the reactions of Kylie’s siblings Kourtney, 38; Kim, 37; and Khloe Kardashian, 33. “[Kylie] has been obsessed with cars for a while. It’s just like a status thing. She gets a kick out of the fact that people will stare. She likes to show off her wealth.” The new mom’s latest toy is just the newest addition to her expensive car collection. Kylie already owns a Land Rover and a Ferrari 458 Spider. Click here to see adorable pics of baby Stormi. 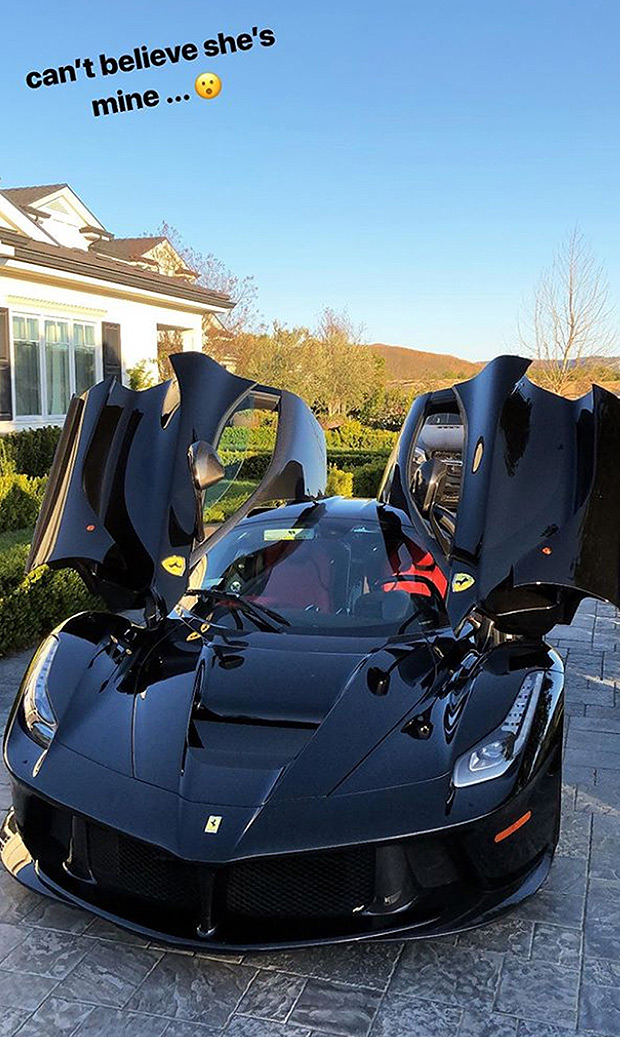 Over the weekend, Kylie first showed off her new car on social media, writing over video of it, “Can’t believe she’s mine…” Soon after, both Kylie and Travis were spotted taking the Ferrari for a spin in their first outing since Stormi’s birth. The couple were off to a lunch date with friends and family at Nobu in Malibu, California. Kylie however, was not driving, Travis was. And while Kylie truly loves her present, as HollywoodLife.com previously told you, she won’t be driving it very frequently.

“Her issue with the luxe new whip is that she can’t fit her baby car seat in it,” an insider told us EXCLUSIVELY. “She thinks it would be sexy to drive her baby around in style, but of course, safety first!” Good call, Kylie!

Tell us, HollywoodLifers — are you with the Kardashians and think Kylie’s push present is a bit crazy, or do you think her Ferrari gift is totally justified?