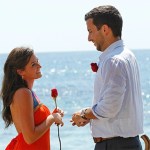 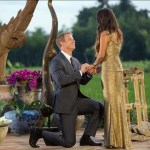 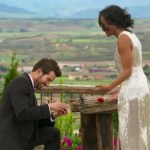 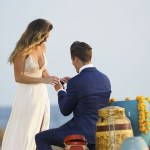 The first cast member of ‘Bachelor in Paradise’ season five has been confirmed — Bekah M. is headed to Mexico after being dumped by Arie on ‘The Bachelor’!

Bekah Martinez was one of the most buzzed-about women on Arie Luyendyk Jr.’s season of The Bachelor, and it looks like we haven’t seen the end of her in Bachelor nation just yet! During the Women Tell All reunion special on Feb. 25, it was revealed that Bekah will be going to Mexico this summer for the fifth season of Bachelor in Paradise. The revelation came when Chris Harrison was discussing how Bekah’s mom recently reported her missing, and had Bekah call her mom on the spot to make sure she knew where her daughter was. Chris warned Bekah’s mom that the 23-year-old may be missing for two weeks this summer — because she’ll be in Paradise! “This is her worst nightmare, by the way!” Bekah laughed.

Arie and Bekah formed an instant connection on The Bachelor, but many of the women feared she wasn’t ready for marriage after the show because of her young age (she was only 22 during filming). Finally, Bekah came clean to Arie about their age difference (14 years), and there was a clear shift in their relationship. It all fell apart when Tia confronted Arie with her concerns about Bekah, and the latter was sent home on a three-on-one group date. Bekah was heartbroken, but now that she’s moved on from the breakup, she’s clearly ready to find love again!

Bachelor in Paradise has produced successful couples, like Jade Roper and Tanner Tolbert and Carly Waddell and Evan Bass, who got married and had babies after competing on the show. Meanwhile, season 4 couple Taylor Mocha and Derek Peth are engaged to be married, and Raven Gates and Adam Gottschalk are in a committed relationship after the show. Will Bekah be next?!

HollywoodLifers, are you excited to see Bekah M. on Bachelor in Paradise?!