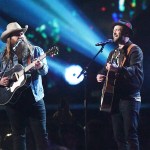 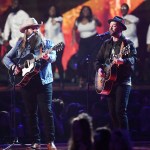 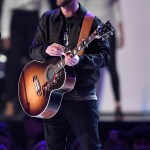 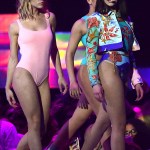 Call it the best video bombing ever, as Este Haim crashed Liam Payne’s interview at the BRIT Awards. The HAIM sister’s sly reaction was epic as she stole the moment from the ex-1D star.

Someone better call the cops because someone just stole the spotlight. While that joke was lame, it would still get a great reaction from Este Haim, 31, judging by the way she mugged for the camera during the BRIT Awards. As Jack Whitehall, 29, was talking with Liam Payne, 24, and Cheryl, 34, Este turned to watch and…well. She was more interesting to watch, especially when she overheard Liam and Cheryl’s safeword. Even if HAIM doesn’t take home a single trophy, Este just won the BRITS.

Sadly, HAIM – Este Haim, 31, Danielle Haim, 29, and Alana Haim, 26, — lost out to the Foo Fighters after that interview, watching the veteran rockers take the BRIT Awards for the International Group. Oh well. Judging by the reaction on Twitter, HAIM are the true winners of the night. Way to go, Este! Here’s hoping she can sneak on stage when Liam and Rita Ora perform.

The Brit Awards aren’t really known for their shade or places where beefs are started (or settled) but the show does come with the odd surprise, here and there. Remember how Adele flipped off the 2013 host, James Corden, when he tried to rush her acceptance speech for Best British Album? Oh, speaking of rudeness, Kanye West gave the censors quite a lot of work when he performed in 2015. Yet, due to the explicit language, most of the home viewers didn’t hear anything. At least no one mooned Yeezy. That’s what happened during Michael Jackson’s performance in 1996, as Jarvis Cocker, the frontman to band Pulp, stormed the stage to “point his bum” at the King of Pop, according to Huffington Post.

Este Haim @HAIMtheband was the funniest 😂 did you see her behind Liam @BRITs …. call me 🤙 pic.twitter.com/hq6g3YOvtQ

Was anyone even listening to Liam and Cheryl or were you too focused on Este from HAIM in the background like I was 😂 #BRITs pic.twitter.com/28rC9zQRig

Nudity seems to be a bit of a theme to the BRITs, as things got a bit cheeky during the 2016 event. Model Sadie Pinn was a guest of that year’s trophy designer, Pam Hogg, and when hosts Ant & Dec (aka Anthony McPartlin and Declan Donnelly) walked by their table, Sadie decided to steal the spotlight. Wearing a mesh bodysuit with some strategically placed black patches (star-shaped pasties!), the near-naked woman slung her arms over the hosts and bathed in the camera’s eye, per the Irish Examiner.

HollywoodLifers, what do you think of HAIM’s reaction during Liam’s interview? Love it?