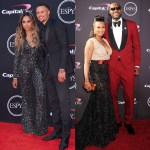 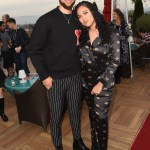 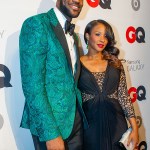 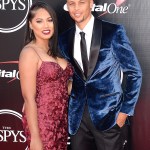 In honor of NBA All-Star Weekend, we’re taking a minute to admire the gorgeous wives of LeBron James and Steph Curry. Check out Savannah and Ayesha’s hottest photos here!

Steph Curry and LeBron James are two lucky dudes — after they kill it on the basketball court, they get to go home to their amazing wives, Ayesha Curry and Savannah James. Both ladies are the ultimate supportive spouses, and as the guys take the spotlight for the NBA All-Star game on Feb. 18, we’re putting the women front and center and rounding up their best pics! Steph and LeBron are the captains on their respective all-star teams, and this is far from the first time they’ve gone head to head in recent years. Their teams, the Golden State Warriors and Cleveland Cavaliers, have played each other in the NBA Championship for the last THREE seasons!

While the Warriors won in 2015 and 2017, the Cavs took home the championship in 2016. One thing that was consistent the whole time, though, was Savannah and Ayesha cheering their men on from the crowd! Ayesha and Steph met when they attended church camp together as teenagers, and were married in July 2011. They already have two daughters, Riley, 5, and Ryan, 2, together, and Ayesha is currently pregnant with their third. Meanwhile, LeBron and Savannah were high school sweethearts, who finally got married in Sept. 2013. They have three kids, LeBron Jr., 13, Bryce, 10, and Zhuri, 3.

Click through the gallery above to check out Savannah and Ayesha’s hottest photos! Who knows, in just a few months, these ladies may come face to face again if the Warriors and Cavs go for round four in the playoffs!

HollywoodLifers, which WAG do you think is hotter?! Do you think Steph or LeBron’s team will win the all-star game?