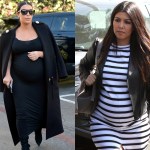 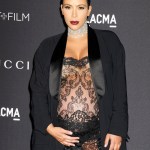 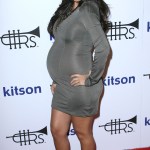 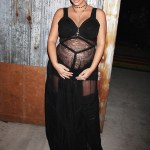 Four of the five Kardashian/Jenner sisters have now gone through pregnancy, and we’re looking back at their maternity style. VOTE here for you think dressed best!

Kylie Jenner, 20, was M.I.A. for most of her first pregnancy in 2017, but after she gave birth to her daughter, Stormi Webster, on Feb. 1, she posted an 11-minute video documenting her journey. Finally, we got our first clear look at her baby bump and maternity style! For the most part, Kylie kept it super casual while carrying her little girl, but she did dress up the bump on occasion. In one shot, the 20-year-old put her growing stomach on full display in a skintight red dress. She also wore a black maxi dress for a gorgeous, natural photo shoot. Oh, and she even showed us her adorable pregnant belly in a sports bra! Her looks were quite different from what we’ve seen from her older sisters, though!

Khloe Kardashian, 33, actually went through pregnancy at the same time as Kylie, and although her baby isn’t due for a month and a half, she’s already shown us some incredible maternity looks. Ever since Khloe confirmed her baby news in December, she hasn’t been shy about putting her bump on display in public. For an appearance on The Ellen DeGeneres Show, she put her belly front and center in a tight, white dress. She also stunned in a sparkling jumpsuit for her mom’s Christmas Eve party in 2017. Khloe has been avidly keeping up her workouts throughout her pregnancy, and she has the most perfect glow about her in all her maternity looks!

Meanwhile, Kim Kardasian, 37, was never shy about how she didn’t enjoy pregnancy, and she had a lot of trouble styling her outfits to match her changing body. As for Kourtney Kardashian, 38, she kept her maternity style pretty consistent throughout her three pregnancies, dressing up or down to perfection when needed. Click through the gallery above to check out all four sisters’ maternity looks and vote for whose you liked best!

HollywoodLifers, which Kardashian do you think has the best maternity style? Make sure to cast your vote!