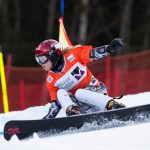 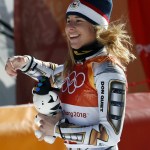 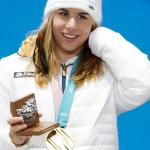 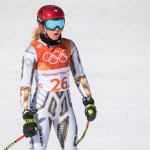 Snowboarder Ester Ledecka made Olympic history for the Czech Republic on Feb. 17 when she delivered a huge upset and won the top spot ahead of Lindsey Vonn in the Women’s super-G.

Ester Ledecka, 22, from the Czech Republic surprised everyone when she won the Olympic gold medal in PyeongChang on Feb. 17 in the women’s super-G competition, outranking American Lindsey Vonn, 33, who finished sixth. The World Champion snowboarder finished with a winning time of 1 min 21.12 sec and beat Anna Veith from Austra by one-hundredth of a second. Liechtenstein’s Tina Weirather followed, winning the bronze medal. Ester is the first athlete to ever compete in both skiing and snowboarding in the Olympics and truly showcased her skills in one of the biggest upsets in Winter Olympic games history. “Until today, I thought I was a better snowboarder,” Ester said after the competition, according to the Guardian.

Before Ester skied her way to gold, Anna looked like she was going to defend her title from the 2014 Sochi Olympics when she was in the top spot after 20 skiers has raced and NBC even falsely announced her as the winner, which they later apologized for. Ester, however, raced her way out of the 26th position to snatch the gold from Anna and when she looked up to see her final scores, no one was more confused than her! “I really don’t know what happened,” Anna said, at first thinking the scores were incorrect. “This must be some mistake, they’re going to switch the time for some others. I just saw my mum, we were watching each other, we didn’t understand. Ester also commented on how it felt to be competing as both a snowboarder and skier in the games. “I was probably the only snowboarder on site,” she explained. “All the other girls didn’t risk a lot. There must be a lot of pressure on them. I was just trying to do my best run.”

The super-G competition that Ester took a hold of is one of the more technical of the alpine skiing’s speed disciplines and Ester’s unexpected victory is giving her a chance to obtain a ski-snowboard double when she goes on to compete in the parallel giant slalom competition on Feb. 22. “I’m really looking forward to the snowboard and I think I should already switch on ‘snowboard girl’ now,” she said. “It would be very nice [to win both] and I will, for sure, do my best for it.”

HollywoodLifers, are you surprised that Esther won the Olympic gold? Let us know!