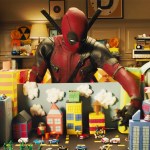 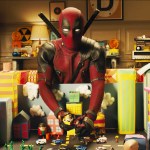 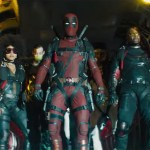 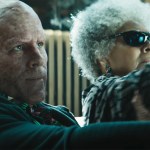 Ryan Reynolds doesn’t hold back in the first trailer for the ‘Deadpool’ sequel. The foul-mouthed superhero’s shade at ‘Justice League’ and Superman’s mustache will make you LOL.

The Deadpool sequel trailer features the first footage of the movie’s villain, Cable (Josh Brolin), but Deadpool (Ryan Reynolds) has some problems with the CGI work. In the trailer, Cable’s metal arm is still green, which means the visual effects aren’t done yet. Deadpool is not having that. “What in the actual ass?” he asks. “It’s a metal arm. It’s not like we’re trying to remove a mustache.” Oh, boy. That’s a serious diss aimed at Justice League. The 2017 movie stirred up major controversy with its less than stellar CGI work in getting rid of Henry Cavill’s mustache. Deadpool can make even the dirtiest diss hilarious.

While the visual effects are being finished, Deadpool gives Disney a shoutout. The doll version of Deadpool is dressed up as Woody from Toy Story, a nod to the Disney buying out FOX. Once everything’s done, it’s back to the trailer. Cable shows off his impressive strength, which means Wade’s going to have to up his game this time around. Thankfully, he’s going to have the help of a few friends, including Domino (Zazie Beetz), Negasonic Teenage Warhead (Brianna Hildebrand), and Terry Crews’s mystery character. And yes, Leslie Uggams is back as the incredible Blind Al. T.J. Miller and Morena Baccarin also reprise their roles from the first film.

The official synopsis is possibly the best part about the Deadpool sequel: “After surviving a near fatal bovine attack, a disfigured cafeteria chef (Wade Wilson) struggles to fulfill his dream of becoming Mayberry’s hottest bartender while also learning to cope with his lost sense of taste. Searching to regain his spice for life, as well as a flux capacitor, Wade must battle ninjas, the yakuza, and a pack of sexually aggressive canines, as he journeys around the world to discover the importance of family, friendship, and flavor – finding a new taste for adventure and earning the coveted coffee mug title of World’s Best Lover.”

The sequel, which is still untitled, will hit theaters May 18.

HollywoodLifers, what did you think of the first trailer for the Deadpool sequel? Let us know!