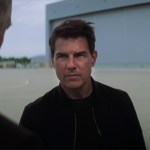 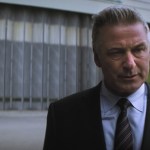 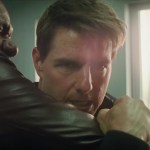 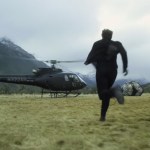 Yes, ‘Mission: Impossible’ has a SIXTH installment on the way — and they dropped the first action-packed look during the 2018 Super Bowl.

Mission: Impossible — Fallout promises to be every bit as exciting as the previous five films in the franchise. Yes, I really just wrote five because Fallout is the sixth — proving there is no way Tom Cruise is human. Or maybe he has clones? Anyway, back to the trailer! This time around Tom is joined by Henry Cavill, but by the looks of it they don’t exactly start off on the same side — or do they? That epic bathroom fight scene shows the two of them under attack by two other men, but are they fighting to survive or just fighting off a common enemy? Hmm!

The trailer is chock full of things that are dripping in Mission: Impossible style. For example: Tom’s Ethan toting a handgun and carefully cutting corners, fancy underground boat rides, gorgeous European tourist spots, car/motorcycle chases, rock climbing, and… well, the list goes on. Watch the trailer in full above to see for yourself!

Tell us, HollywoodLifers — What do YOU think about the first trailer for Mission: Impossible — Fallout? Comment below, let us know!