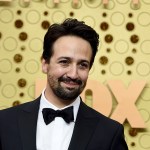 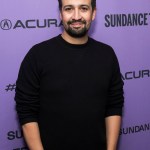 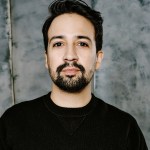 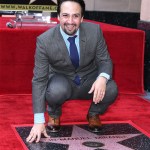 And baby makes four! Lin-Manuel Miranda, 38, and his wife Vanessa Nadal have welcomed a beautiful baby boy into the world, announcing the exciting news via Twitter on Feb. 2. The Broadway composer took to social media to only reveal his son had been born, but also to share an adorable first pic of the newborn, whom they named Francisco Miranda. Lin-Manuel and Vanessa are already the proud parents of three-year-old Sebastian Miranda, and we just know he’ll make an amazing big brother!

Alongside a heart-melting black-and-white photo of Vanessa cradling baby Francisco, Lin-Manuel penned a creative caption befitting of his career. “Int. Hospital Room. Night. [The screams reach a delirious crescendo. FRANCISCO MIRANDA enters. He is 7 pounds and 13 ounces.] Intermission,” the new dad wrote. Aw! In the pic, Francisco rests against his mom’s chest wrapped in a blanket with a big grin on his face.

Lin-Manuel and Vanessa confirmed back in December that they were expecting again. After a fan commented, “is v..?” on a red carpet pic of the couple at the 2017 London Evening Standard Theatre Awards, the actor replied, “Oh hell yeah.” Just recently, Lin-Manuel told fans he took Sebastian on his first trip to see Hamilton, and all in all, the toddler seemed to enjoy it. “In summary, he liked it. His favorite part? ‘The scary parts.’ (Yorktown) But also ‘the kissing and fighting and singing.’ Thank you,” the star shared on social media. “We will try act two when he’s a little older.”

[The screams reach a delirious crescendo. FRANCISCO MIRANDA enters. He is 7 pounds and 13 ounces.]

Tell us, HollywoodLifers — are you excited for Lin-Manuel and Vanessa? Congratulate the happy couple below!