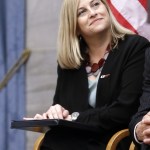 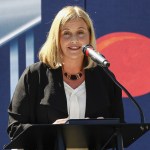 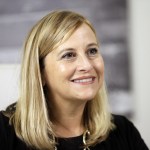 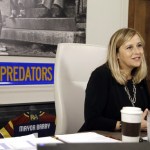 OMG! Nashville mayor Megan Barry has come forward to apologize after having an affair with her former head of security. Here’s what you need to know!

Democratic mayor of Nashville, Tennessee, Megan Barry, made headlines on Jan. 31 after she admitted to having an affair with her former head of security, Sgt. Robert Forrest, 32. Robert, who worked for the Metro Nashville Police Department, has also admitted to the affair, and has since resigned from his position. “Today, I have acknowledged publicly that I have engaged in an extramarital affair with the former head of my security detail. I accept full responsibility for the pain I have caused my family and his. I am sorry to my husband Bruce [Barry], who has stood by me in my darkest moments and remains committed to our marriage, just as I am committed to repairing the damage I have done,” Megan said in a statement. We are uncertain at this time of how long the affair went on, but it reportedly took place several months after she took office — and she’s married! In case some of you haven’t heard of her, here’s what you need to know.

HollywoodLifers, what do you think of Megan Barry’s affair with Sgt. Robert Forrest? Let us know your thoughts below!