AnnaLynne McCord is currently starring as Claudia in Pop’s new comedy Let’s Get Physical. Claudia is a fierce, determined, tech-savvy businesswoman married to fitness guru Barry Cross (Chris Diamantopoulos). Claudia also has a past with Barry’s rival, Joe (Matt Jones). The show follows Joe and Barry as they gear up for the National Aerobics Championships. Let’s Get Physical, which airs Wednesdays at 8:30 p.m., also stars Jane Seymour and Misha Rasaiah.

This is one of AnnaLynne’s first adventures into the world of comedy, and she admits she was “scared to death” at first. She’s widely known for her incredible roles on 90210 and Nip/Tuck, but she was ready to try something new. AnnaLynne, who can next be seen in the film First We Take Brooklyn, talked with HollywoodLife.com EXCLUSIVELY about Claudia’s arc in the episodes ahead, working alongside Chris, a possible Olivia Newton John cameo, and more! She even admits that Claudia is the “30-year-old version of Naomi Clark!” Check out our Q&A below:

When preparing for this role, did you look to other notable fitness instructors?
AnnaLynne McCord: I probably should have done more research than I did, but what we did was we actually all watched the original aerobics videos. I read up on the actual man, who inspired the Colonel, Joe Force’s dad who dies in the beginning. He was the godfather of aerobics. I read up on him because the showrunners told us that’s who the show is based on. He was a Colonel in the Army, got out and went to school to learn about the respiratory system, came back to the Army to teach this amazing way to help the guys be in better shape and the military guys were like, “This is cute. We ain’t cute. We’re men.” It became popular with the army wives. In the gym situation, the women were feeling uncomfortable, so the aerobics became the woman’s workout, and then it became Jane Fonda, and then it became what we know it today. What I loved about that period during research was the videos, which are like a workout competition combined with the Miss Universe pageant. It doesn’t matter what they do, there’s always a smile plastered on their face.

Does Claudia really love Barry?
AnnaLynne McCord: Claudia has an ultimate plan for her existence, and Barry fits into that plan. So we could call it love or we could call it winning at the game of life. Winning at the game of life would probably be closer to the truth. I think she has a true love for Joe, though. She’s really real with him. And that’s the only time your really see her take that facade down. Claudia and Barry are a team, and they’re the perfect merger. That’s their dynamic. Love is a tricky thing between them. It’s just easier to not talk about it. We have a healthy respect for each other’s ability to win.

In the premiere, there’s a moment where Claudia says, “I don’t want to be replaced.” Are we going to see more of her vulnerabilities as time goes on?
AnnaLynne McCord: That was actually a choice that I made that went against script. The guys and I all had a conversation about it and I said, “I would really love to have these moments of Claudia where in these high stakes, crazy, ridiculous settings, we do have grounded moments that people can relate to.” For someone like Claudia, you have to have a window to peak through. She replaced Joe with Barry. She’s got to feel a little scared that that could happen to her. When you’re in a world that’s not real and trying to live up to this standard that she’s set for herself, which no one else has never done before in history [laughs], she’s got to be constantly insecure and covering it up with this facade of confidence. Everywhere she turns she’s got to cover her bases. She doesn’t know who she is and how to be who she is except when she’s with Joe.

Is there hope for Claudia and Joe?
AnnaLynne McCord: You’ll have to watch the show! You see moments later in the season kind of where Claudia rehashes her time with Joe. There’s actually a really fun episode that’s an It’s A Wonderful Life-style story where we explore if Joe had won. It’s really fun. Episode four is my favorite episode because Claudia’s “don’t mess with me” attitude comes out, and it is hilarious what she does. She uses artificial intelligence, and I’m a nerd so I definitely loved that. You do see these vulnerabilities, and then you see her get defensive and protect her own.

You’re known for your dramatic roles, so what appealed to you about taking on comedy?
AnnaLynne McCord: I was scared to death. I’ve always wanted to try comedy, and it was the most fun I’ve ever had on set. But I was really nervous because it was not technically what I was trained for. These guys, Chris and Matt, they’re just natural born and really well-versed in the world of comedy. I’m not a punchline funny girl, but if you throw me into an improv situation, I’ll run with you. I think those are the moments that I feel the organic humor of just life and the situation humor comes out. That was one of the major reasons I wanted to do the show was to have the opportunity to move in that direction a little bit and enjoy my life a little more. Dramas are so serious and people take them so seriously when you’re working on them.

You and Chris have great chemistry together. What was it like working with him?
AnnaLynne McCord: He’s done an insane amount of comedy and working with him was such an honor and pleasure and so much fun. We would get together, and this was the cool thing about every scene, every scene was about getting together and seeing how we could play something, do something, or throw something at each other. I would tell him to just trip me, throw something at me and see what happens, and he would do the same. We just started to learn each other, and we both have this kind of manic energy when we get together, and it really worked. For me, that was definitely an awesome way to start my initial experience in comedy was to work with someone like Chris.

The show is obviously building up to an aerobics competition, did you have to train for that?
AnnaLynne McCord: So Claudia doesn’t do a lot of the aerobics. She’s the one behind the scenes managing. She does that really well, so as a result I didn’t have to go to a lot of dance class.

Will we see Claudia and Jane Seymour’s character go to toe-to-toe this season?
AnnaLynne McCord: Oh, yes. Obviously, there’s a little history there. I definitely hurt her baby boy. But she’s so funny. The moments with her, Jane is so fierce. She just takes it so seriously. The whole lead up to the scene, she’s already mad at me. Janet and Claudia don’t like the mirror they see when they look at each other, but there’s some mutual respect going on.

The show’s title is also the name of a hit Olivia Newton John song. Could there be a cameo?
AnnaLynne McCord: So Jane and Olivia are very close friends, and Jane called Olivia and said, “My new show is Let’s Get Physical, and you need to come here and be on the show.” Olivia thought it would be fun, but she’s dealing with things in her own life. But Jane is aiming to try and get her for season two if we come back. She really wants to make it happen.

I’d love to see Claudia and Naomi Clark [AnnaLynne’s character from 90210] face off…
AnnaLynne McCord: I think Claudia is the 30-year-old Naomi Clark. She had the nerd background with Max. If she took that element into wanting a technological gym, I think that Naomi could definitely see herself as little Miss Claudia a few years later. 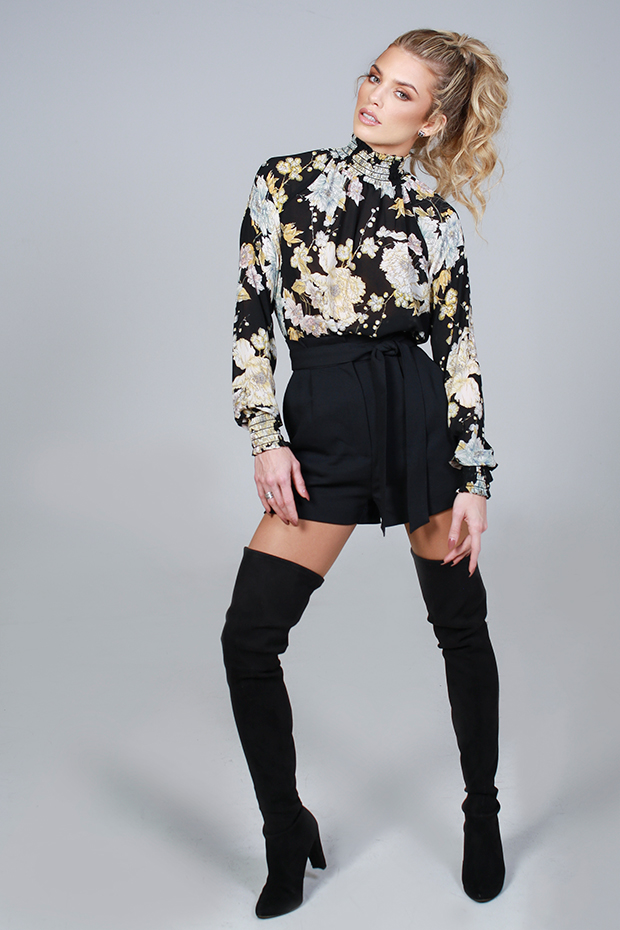 HollywoodLifers, have you started watching Let’s Get Physical? Let us know!