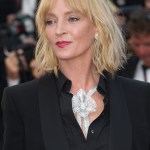 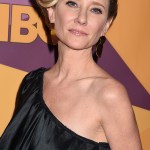 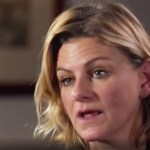 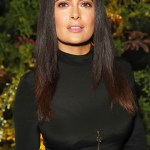 Sandeep Rehal, Harvey Weinstein’s assistant, has slapped him with a lawsuit alleging that he stripped naked and made her take dictation, buy and give him his shots for erectile dysfunction and more.

Sandeep Rehal, a former personal assistant of Harvey Weinstein, 65, is suing the disgraced producer, The Weinstein Company and Bob Weinstein for discrimination and harassment, according to a lawsuit filed Thursday, January 25 in New York federal court. Rehal also has a claim against the Weinstein brothers and human resources exec Frank Gil for aiding and abetting the conduct she stated. The lawsuit — obtained in full by The Hollywood Reporter — stated that Rehal was 26-years-old when she began working for Weinstein in February 2013, and by February 2015, she claims she reached an emotional breaking point, which forced her to quit her job. Rehal alleges that she was forced to work in a “pervasive and severe sexually hostile” environment for the two-plus years she worked at the company. She claims she was required to clean up after his “extremely prolific sexual encounters.”

“Harvey Weinstein used sexist and sexual language to refer to Ms. Rehal, regularly referring to her as ‘c—’ or ‘pussy.’ On numerous occasions he said, ‘What’s wrong Sandeep, is the tampon up too far today?'”

Other parts of the complaint allege that Rehal was forced to get Weinstein clean underwear, and when she would sit in his SUV, he would allegedly rub between her thighs. She claims Weinstein would boast about his power on multiple occasions, allegedly saying, “I am Harvey Weinstein and you are at Weinstein University. I decide whether or not you graduate.”

“To say Weinstein’s behavior was harmful, tawdry, demeaning and offensive is an understatement,” Rehal’s attorney Genie Harrison said in a Thursday statement, via THR. “Weinstein’s abuse of power has been well documented, allowing Sandeep finally to reveal the details of her employment, which before now might have seemed too incredibly horrifying to believe. Although Sandeep’s employers gave little thought to her physical and emotional welfare, we have confidence that the jury will deliver justice and restore her dignity.”

Rehal’s claims mark the latest in a string of lawsuits filed against Weinstein and his former company after more than 40 women, including actresses, Angelina Jolie, 42, and Gwyneth Paltrow, 45, came forward with claims of alleged sexual abuse and harassment.

Following the numerous, disturbing allegations, Weinstein has since been removed from his film company, despite his representative’s denial of the accusations. Weinstein’s wife, Marchesa designer, Georgina Chapman, 41, announced on October 10, 2017 that she was leaving him. Weinstein has since entered sex addiction rehab, according to reports.