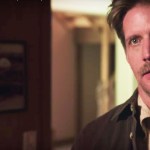 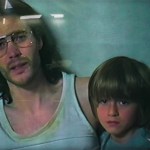 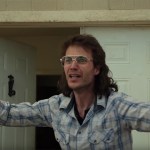 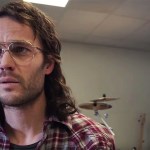 In addition to David Koresh, FBI negotiator Gary Noesner is at the forefront of the ‘Waco’ miniseries. Here’s what you need to know about Gary before the Jan. 24 premiere!

1. Gary was the initial lead negotiator during the Waco standoff. Gary ran negotiations for the first 25 days of the 51-day Waco standoff. He was removed after his bosses thought he was an “impediment to those who wanted to take a more aggressive role,” he told TIME. The Waco miniseries is based off Gary’s book, Stalling For Time: My Life as an FBI Hostage Negotiator, as well as David Thibodeau’s Waco: A Survivor’s Story. Gary is played by Oscar nominee Michael Shannon.

2. The Waco tragedy left him “more angry” than he’s ever been in his life. On the final day of the siege, Gary watched Mount Carmel go up in flames from FBI’s headquarters. The siege and the resulting fire on April 19, 1993, led to the deaths of 76 Branch Davidians, including leader David Koresh. “I watched the fire. I got angry, and I walked out,” he revealed to TIME. “I got more angry than I had ever been in my life.” Even though he doesn’t agree on certain aspects of Waco with survivor David Thibodeau, they both know there’s a lot to be learned from the tragedy. “We are too quick to use force when we are frustrated. That’s losing self-control,” he continued.

3. Gary openly admits there was tension within the FBI during the Waco standoff. “There was conflict within the FBI,” Gary said on Megyn Kelly TODAY. “There was the negotiation team that wanted to basically engage in dialogue and convince them to come out to share with the world what they thought about things. And there was a part of the FBI that wanted to force them out, to tighten the noose as it were, to exert increasing amounts of pressure. Those two things were in contrast and contradiction and created a lot of problems for us.”

4.  He had a groundbreaking role in the FBI. Gary retired from the FBI after 23 years as the Chief of the FBI’s Crisis Negotiation Unit, Critical Incident Response Group. He was the first person to hold that position.

5. He may be retired from the FBI, but he’s still actively working. Gary became a Senior Vice President with Control Risks, an international risk consultancy that assists clients in managing overseas kidnap incidents, according to his website. Gary also consults independently and speaks at law enforcement conferences and corporate gatherings.

The 6-part Waco miniseries will premiere Jan. 24 at 10 p.m. ET on Paramount Network.

HollywoodLifers, are you going to watch the Waco miniseries? Let us know!