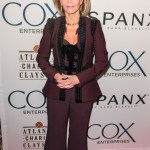 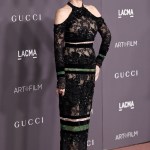 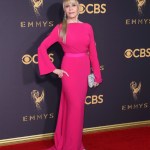 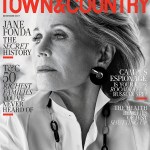 Yikes! Debra Messing negatively tweeted about Megyn Kelly after the anchor responded to backlash over her plastic surgery question to Jane Fonda. See it here!

Debra Messing, 49, took to Twitter to angrily respond to a tweet that featured a video with Megyn Kelly‘s opinion about the backlash she received after asking Jane Fonda, 80, a controversial plastic surgery question in a previous interview. “This is disgusting. Shameful,” Debra’s tweet read. In the Megyn Kelly Today video, the anchor talks about how she doesn’t regret asking Jane the question and even goes as far as calling Jane out for openly discussing her cosmetic surgery many times before coming on her show. Debra, who is known for her support of feminism didn’t appear to like Megyn’s comments but her short response didn’t give details as to why. Perhaps it’s because she understands where Jane’s coming from as an actress in the industry or maybe she is simply sticking up for a friend, either way the Will & Grace star definitely made her disagreement known among various opinions in the social media world.

Debra’s lack of enthusiasm over Megyn’s response was shared by many fans on Twitter and some even suggested that the blonde news reporter should be fired. “When does NBC admit hiring her was a huge FAIL!,” one angry Twitter user posted. “@megynkelly showed her true fox colors, it was pretty ugly. Tried to give her a chance. yikes., ” another user said.

In the video that Debra disliked, Megyn also provided proof of Jane’s plastic surgery discussions by showing clips of Jane talking about changing her look on various talk shows. “Apparently when she came here, however, again to promote her film about aging, I was supposed to discern that this subject was off limits,” Megyn said after showing the clips. “Look, I gave her the chance to empower other women, young and old, on a subject which she purpots to know well and she rejected it and that’s okay, but I have no regrets about that question.” Check out some of Jane’s best photos throughout the years here.

The feud between Megyn and Jane started after Jane expressed her dissatisfaction with Megyn’s question shortly after the interview took place. The Grace and Frankie actress also made a jab at Megyn after joking with her co-star Lily Tomlin, 78, during an interview with Hoda Kotb, 53, on the Today Show.

This is disgusting. Shameful. https://t.co/4l84DahjWt

When does @NBC admit hiring her was a huge FAIL!

@megynkelly showed her true fox colors, it was pretty ugly. Tried to give her a chance, yikes.

That's the Fox Megan Kelly we know and despise. Just a reminder of how mean & nasty she can be. For the life of me, I can't understand why NBC considers her a valuable talent. I've never seen her show & have no plans to. The Santa Claus debaucle somes to mind. #JaneTrumpsMegan

HollywoodLifers, do you think Megyn should be fired for her opinion about her plastic surgery question to Jane? Tell us here!