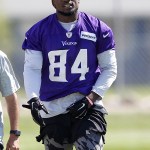 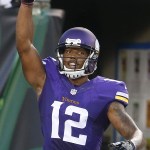 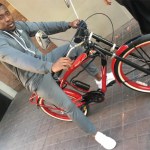 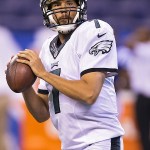 Next stop, the Super Bowl! The Philadelphia Eagles met the Minnesota Vikings for the NFC Championship, and in the end, it was the Eagles who tasted victory!

After the games that the Philadelphia Eagles and Minnesota Vikings played to get to the NFC Championship, neither team was going to exit the Jan. 20 game without putting up a fight. For Minnesota, this was the last obstacle in between them and playing the Super Bowl at home. For Philadelphia, they were one game away from their first Super Bowl appearance in twelve years. When the final whistle blew at Lincoln Financial Field in Philly, it was the Eagles who took home the NFC title and the spot in Super Bowl 52.

Although Philadelphia ultimately beat Minnesota 38-7, it was still a captivating game. Quarterback Nick Foles was instrumental in this decisive victory, throwing more than 350 yards and scoring 3 touchdowns. Since Carson Wentz‘s knee injury, Foles has more than stepped up to the challenge, providing both leadership and serious talent to the Philly squad. Patrick Robinson‘s insane 50-yard interception set the tone for what would a relentlessly dominate game. Catches by Alshon Jeffery and Torrey Smith just kept widening the score until time ran out.

To get to this game, the Eagles had to make history: they were the first No. 1 seed to be called an underdog. When playing the Atlanta Falcons, the Eagles were given that status since many though Philly wouldn’t have a chance of winning since star quarterback Wentz tore his ACL in Week 14. With Foles taking over, many though Philly was done, but their 15-10 victory over the Eagles proved that sometimes, it’s not wise to bet against the underdog.

“Just keep on disrespecting and we’re going to keep proving people wrong,” receiver Alshon Jeffery, 27, said after the game, according to the Washington Post. “We just believe in one another, we don’t care what anybody else says. We’re just going to keep believing in one another and just keep fighting.”

The Vikings proved that the game isn’t over until the final second. With the New Orleans Saints up 24-23 and only ten seconds left in the Jan. 14 game, it seemed like the game was over, per ESPN. Yet, quarterback Case Keenum, 29, kept cool, and found Stefon Diggs, 24, at the sidelines at the 35-yard line. With no one to stop him, Stefon rushed into the endzone for a walk-off touchdown. The Vikings defeated the Saints, 29-24, at literally the last second. For some, that play was just as good as winning the Super Bowl.

Now, these AFC champs will get one week to rest before they meet the  New England Patriots in Super Bowl 52, taking place from Minneapolis on Feb. 4. It should be a great game!

Who do you want to win the Super Bowl, HollywoodLifers?