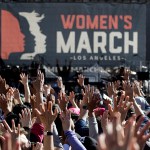 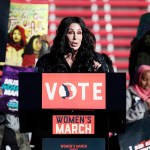 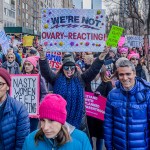 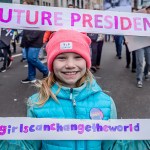 James Franco is shocked by Scarlett Johansson calling him out in her memorable Women’s March speech in LA, but he’s not ready to respond. Get EXCLUSIVE details.

James Franco, 39, is so surprised that Scarlett Johansson, 33, decided to call him out in her powerful speech at the 2018 Women’s March in Los Angeles on Jan. 20 that he’s not sure if or when he will respond. “James was pretty stunned that Scarlett called him out—albeit not by name, but pretty obviously,” a source close to James EXCLUSIVELY revealed to HollywoodLife.com. “He’s not going to respond though because he feels that by doing so he just adds fuel to the fire. James is stuck between a rock and a hard place—if he responds then it’s like he’s disparaging those women who are speaking out, and if he doesn’t then some may think he assumes a level of guilt.” Although five women have come forward to accuse the actor of alleged sexual misconduct since Ally Sheedy cryptically tweeted about him during the 2018 Golden Globe Awards, he has denied the accusations. Check out some of the best pics from the 2018 Women’s March here!

Despite the claims, James has been supporting the Time’s Up movement and doesn’t want to be stereotyped from the recent headlines about him. “James was horrified that he was branded as some kind of sexual aggressor—as far as he’s concerned that couldn’t be further from the truth,” the source continued. “He’s a big supporter of the movement, and he’s really happy that women are finally being given a voice—if he has to take a hit, for something he swears he hasn’t done, then so be it. James knows what’s in his heart, and he knows that he’s a good person.”

With James claiming to have his own story about his past, there’s been high anticipation about where the accusations toward him will lead. Only time will tell with this situation but one thing remains in tact: women in the entertainment industry and beyond are fighting back hard to stand up for what they believe in! In addition to Scarlett, high profile actresses such as Natalie Portman, 36, Eva Longoria, 42, and Alyssa Milano, 45, spoke out about their own personal stories at the Women’s March in LA and Atlanta.

HollywoodLifers, what did you think of Scarlett’s speech about James? Let us know here!