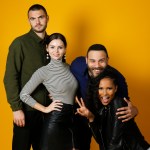 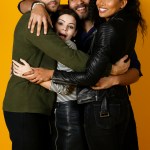 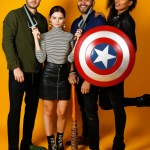 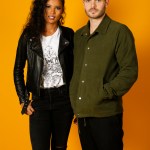 Curious about ‘Siren’ on Freeform? Don’t be, HollywoodLife has you covered! Here’s everything you need to know AND the show’s hot new trailer.

1.) Yes, ‘Siren’ is about mermaids. Does this mean they are the next big supernatural genre we become obsessed with? Um, yeah, duh. Siren takes place in the “mermaid-obsessed” sea town of Bristol Cove, and of course things get a little wild when the mermaids start coming out of the ocean and into their small town. This begs the question: are mermaids friend or foe? Hmm!

2.) ‘Siren’ has an incredible cast. In typical Freeform fashion, the cast of their latest show, Siren, is chock full of seriously good looking actors. From the mermaid herself, Eline Powell, 28, to the rugged marine biologist played by Alex Roe, 27, the eye candy is endless. Add in the rest of the cast, including Sibongile Mlambo, Ian Verdun, and Hannah Levien and we have ourselves a party!

3.) The mermaids are hard to handle for the characters on the show, too. In an interview, FolaEvans-Akingbola reveals her character, Maddie, has a very difficult time coming to terms with the mermaids being real. “She has to adapt to the fact that of what’s in front of her. It takes a bit of convincing, but she’s kind of wrapping her head around it as she goes,” Fola told WithAnAccent.com.

4.) Eline Powell’s character is a mermaid on a mission. When the series begins we learn that Eline’s Po, an extremely anxious young girl experiencing life on land for the very first time, is harboring a few big secrets. One of them happens to be that she’s come on land to find her sister who was taken from the ocean. And so the mystery begins!

Tell us, HollywoodLifers — Are YOU excited to watch Siren when it premieres on March 29 on Freeform? Comment below, let us know!