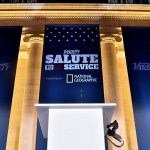 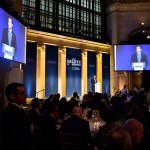 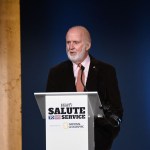 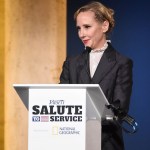 Rob Riggle and more who were honored at ‘Variety’s Salute To Service luncheon told HollywoodLife.com what the special event meant to them!

Variety‘s inaugural Salute to Service  — an event celebrating the notable efforts and contributions by various individuals from the entertainment and media sectors shining light on military services and related organizations — took place on January 11 in New York City, and HollywoodLife.com was on hand for the excitement. We spoke with countless honorees and presenters, who were over the moon about the efforts Variety, National Geographic and Gerry Byrne  — Penske Media Corporation Chairman and Board Member and United States Marine Corps Vietnam Veteran — have made to recognize those who do good for our service men and women.

“This is a great step for Penske Media Corporation and Variety to acknowledge and thank so many individuals in the entertainment sector that have stepped up and made a difference in the world of service,” Byrne told HollywoodLife.com EXCLUSIVELY. “As a Marine, I’m especially proud to have the entire organization behind what we do. I’m deeply proud and honored that we’re all here together. The intersection of big talent brands and organizations coming together to do it all is how it should be; It is really what we should be thinking about. Within this sector, there’s a lot of great people who stepped up and made a difference and that’ what this is all about.” Bryne noted that Variety‘s Salute to Service will be held again in November 2018.

Honorees at the event included — Rob Riggle [Retired United States Marine Corps Reserve officer and Actor in Warner Brother’s 12 Strong]; Wes Moore [Army Combat Veteran, Author of New York Times Bestsellers “The Other Wes Moore” and “The Work” and creator of monthly “Future City” Radio Series powered by Prudential on Baltimore’s NPR news station WYPR]; Martha Raddatz [ABC News chief global affairs correspondent and co-anchor of “This Week with George Stephanopoulos” and author of “The Long Road Home: A Story of War and Family“]; Mikal Vega [Retired Naval Special Warfare Operator and technical director on NBC’s The Brave]; Caroline Hirsch [Founder and Owner of Carolines On Broadway, co-founder of Stand Up For Heroes and a board member of The Bob Woodruff Foundation];

Check out what some of the honorees and presenters had to say about Variety’s Salute to Service event!

Rob Riggle [honoree] — “I was a theater and film major in college. I’ve had a passion for comedy and acting my whole life, so I knew I was going to try it, it was just a matter of time. But, I had other dreams, I wanted to serve, so I did that. That’s the great thing about this country, you can have more than one dream and you can pursue them. I was lucky enough to do both of them. It’s really special to be here today. I do a lot of work with veterans organizations and giving back to the veteran community. Continuing to serve in that capacity is something I’m passionate about and it’s something I’ll do as long as I can. It’s in my DNA now. I served 23 years and being a veteran, I care about their well being; It’s something that’s in you. It is an honor and it’s kind of them to recognize me and I’ll continue to be here.”

Wes Moore [honoree] — “I’m thankful for this moment to represent the people who have left their families and our country to defend the country when the country asked. I’m incredibly humbled that Variety and Nat Geo has taken the lead on it and I’m look forward to working closely with all of these different organizations going forward and that everything that was promised for our men and women is delivered. We have to continue to both be diligent in making sure that everything that was promised was there. And, we also need to be diligent with reminding people that this hasn’t ended; We’re now in the longest war in our nation’s history. While we stand here right now there are people patrolling mountains in Afghanistan. The promises that are made to them have to be fulfilled.”

Michael Kelly [presenter] — “It’s so important to be here. Working on The Long Road Home and my father being a Marine I have so much respect and admiration for our armed services. And, doing The Long Road Home and working alongside these guys and meeting them, you just have a great appreciation for them. How do we as a society and a govenerment do better to take care of these veterans. I experienced faking it in the film and being shot at, I can’t imagine what it’s really like. And, then to go from that to coming home and hoping back in your SUV and taking your kids to soccer practice, that adjustment period for veterans, I think we can be better as a country to do so much more for them. Anything to raise awareness for that, I’m all there.”

Hadi Tabbal [presenter; actor in NBC’s The Brave] on Mikal Vega — “It’s an incredible honor to be here. Just to be on a show that tells the important lives of people and the sacrifice they make. There is a general appreciation for our advisor, who is a veteran and a retired Navy Seal. We couldn’t have done anything that beautifully and that specifically in portraying the reality of these characters that we do. It feels spot on today because Mikal Vega has a sense of generosity and compassion and a sense of giving that he has brought to the show. The least we can do is pay him back for it with a lot of appreciation… Mikal has been very instrumental in showing us the technicality of the ability to handle the weaponry and having us look legitimate and helping us to understand who we are portraying.”

For more information about how you can get involved Bryne suggested visiting the following websites —  The Fisher Foundation; The Bob Woodruff Foundation.

HollywoodLifers, leave your thoughts in the comments!