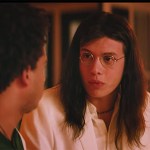 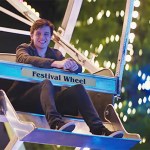 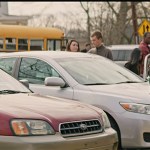 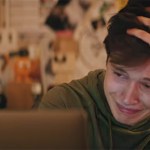 Nick Robinson is taking on the beloved Simon Spier in the film adaptation of ‘Love, Simon.’ The new trailer shows Simon on his quest to find love, while trying to decide whether or not to tell everyone he’s gay.

Everyone deserves a great love story like we see in the movies. And Simon Spier (Nick Robinson) wants one of those life-changing romances of his own. There’s just one thing: he hasn’t told anyone that he’s gay. Not his parents (Jennifer Garner and Josh Duhamel), not his best friend (Katherine Langford), no one. That’s until he meets Blue online. Blue is an anonymous classmate and someone Simon is able to share his true feelings with. Simon falls for Blue, even though he’s never met the guy.

Simon eventually doesn’t want to hide his true feelings anymore. “I’m done living in a world where I don’t get to be who I am,” Simon says in the trailer. “I deserve a great love story. I want someone to share it with.” Is anyone feeling all the feelings right now?

The Greg Berlanti-directed movie, coming out March 16, also stars Alexandra Shipp, Jorge Lendeborg Jr., Miles Heizer, Keiynan Lonsdale, Logan Miller, and Tony Hale! Love, Simon is based off Becky Albertalli’s book Simon vs. the Homo Sapiens Agenda. The soundtrack’s first single, “Alfie’s Song (Not So Typical Love Song)” from Bleachers has also been released. The official soundtrack will be available on all platforms on March 16! Check out the full track listing and first single below.

HollywoodLifers, are you going to go see Love, Simon? Let us know!