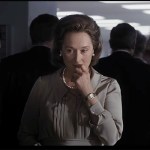 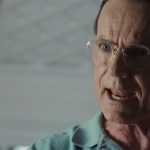 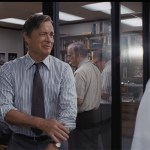 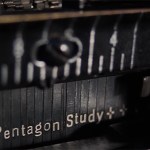 Yes, I know it’s only the beginning of January, but ‘The Post’ couldn’t come out at a better time and it’s the best film that I’ve seen in a year. Get ready for some Oscars!

The current president, Donald Trump‘s favorite activity, besides slamming immigrants, is trashing the mainstream news media as “fake news.” He can’t stand that news outlets from the New York Times to CNN to USA TODAY, aren’t giving him slavishly adoring coverage. Instead, they report facts and do investigative pieces about his policies, opinions, plans and tweets. He trolled the media on Jan. 10 by calling “our current libel laws a sham and a disgrace” and saying they ” do not represent American values or American fairness so we’re going to take a strong look at that.”

In other words, Donald Trump is threatening to attack the First Amendment which guarantees our rights to freedom of the press and to freedom of speech, enshrined in the United States Constitution. Well, close to 50 years ago, in 1971, there was another American president, Richard Nixon, and he also tried to silence the press. That’s what The Post is all about. The film starring Meryl Streep as Katherine Graham, the owner of the Washington Post, and Tom Hanks as Ben Bradlee, the executive editor, tells the historically true story of the paper’s quest to obtain and then publish classified documents detailing the history and secret decision making on American involvement in the Viet Nam War. These documents were called The Pentagon Papers.

President Nixon was determined to keep The Pentagon Papers out of the press and the public eye because they revealed that the government knew that the war was a lost cause, yet still kept sending thousands of young American soldiers to possible death in Viet Nam. The Washington Post‘s Ben Bradlee  knew that was wrong, as did The New York Times, and both papers were in a race to get the Papers, which had been smuggled out of government files by a former employee, Daniel Ellsberg (Matthew Rhys), and to publish them on their front pages.

Ellsberg was sickened by the continued carnage of young American lives and Ben Bradlee was convinced that the American public needed to know the truth about Viet Nam — something The Washington Post could do. However, he had to convince Katherine Graham that it was the right thing to do, even under the threat of them both being jailed by Nixon’s government. On top of that, the paper had financial issues, and faced losing its investors if it’s owner and editor were thrown in jail. Katherine Graham was risking a beloved business that had been in her family for generations..

The decision had to be Katherine’s and the film does a fabulous job of portraying the intense sexism of the time, even for a very privileged, wealthy white woman. While Bradlee had full respect for his paper’s owner, her board members were so condescending that  you’ll want to slap them! Nixon’s Attorney General, John Mitchell, was successful in getting a judge to issue an injunction temporarily preventing the New York Times from continuing to publish the papers, but ultimately both papers won their case in front of the Supreme Court and preserved freedom of the press.

Ultimately, Richard Nixon resigned from the presidency after also being implicated in a break- in into the office of the Democratic National Committee, to steal documents before the 1972 election. Hmmm… sound familiar? Break -ins to the DNC and a president who wants to silence the press.

For these reasons, the film couldn’t be more timely. And for you, this film should be a reminder of what an important role the free press plays in American democracy. The Post demonstrates that the truth is out there and must be reported and disseminated, no matter how much a paranoid president calls it “fake news.” So, hit the theatres! Not only is The Post instructive, it’s also completely engrossing. Let me know what you think!