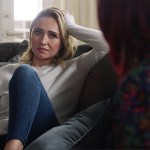 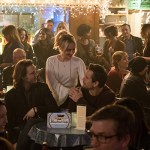 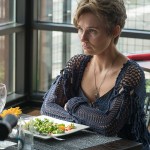 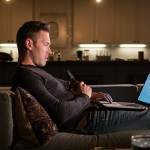 Avery wants Juliette to see a therapist in this EXCLUSIVE sneak peek of the Jan. 11 episode of ‘Nashville,’ but Juliette’s going in a very different direction. Watch now!

Avery is worried about Juliette after that shocking concert meltdown and her confession that she’s struggling with depression. In our EXCLUSIVE preview of the Jan. 11 episode, Avery reveals to Juliette that he’s found a doctor for her to talk to. He knows Juliette is not a fan of shrinks, but he wants to take the next step to get Juliette back on track. Juliette is fully aware that she needs help, but she’s got other plans. She tells Avery she’s going to see Darius, the leader of The Movement for Coherent Philosophy, to see what he’s all about.

Avery thought she was talking about seeing a doctor. Juliette notes that Darius is a doctor, but Avery is talking about a medical one. Juliette tries to make excuses for Darius, but Avery is still not enthusiastic about her plan. “I understand you’re asking me to get help, and I’m telling you calmly that’s exactly what I’m doing. Just in my own way,” Juliette says to Avery. “What more do you want from me?” And with that, Avery is just going to have to go with the flow for now. Juliette is one stubborn gal, that’s for sure.

Does anyone else have a bad feeling about Darius? This “movement” just screams cult, cult, cult. Let’s just hope Avery is able to pull Juliette back if her plan goes horribly wrong. Let’s be honest, we all know this friendship with Darius is not going to end well. The final season of Nashville airs Thursdays at 9 p.m. ET on CMT.

HollywoodLifers, do you think Juliette’s making the right call? Do you think Darius is a good guy? Let us know!